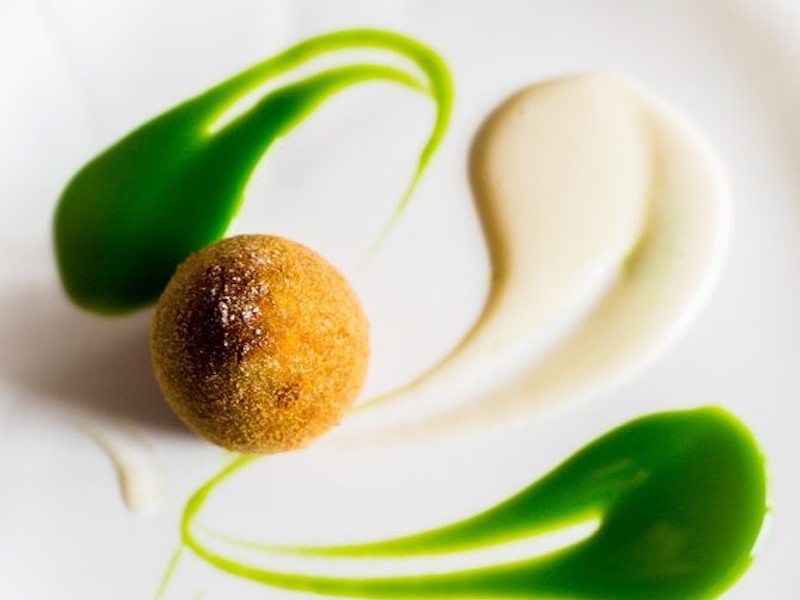 Located far outside of Rome, the two Michelin starred restaurant, Ristorante La Trota, is well worth the trip to have a taste of its food. 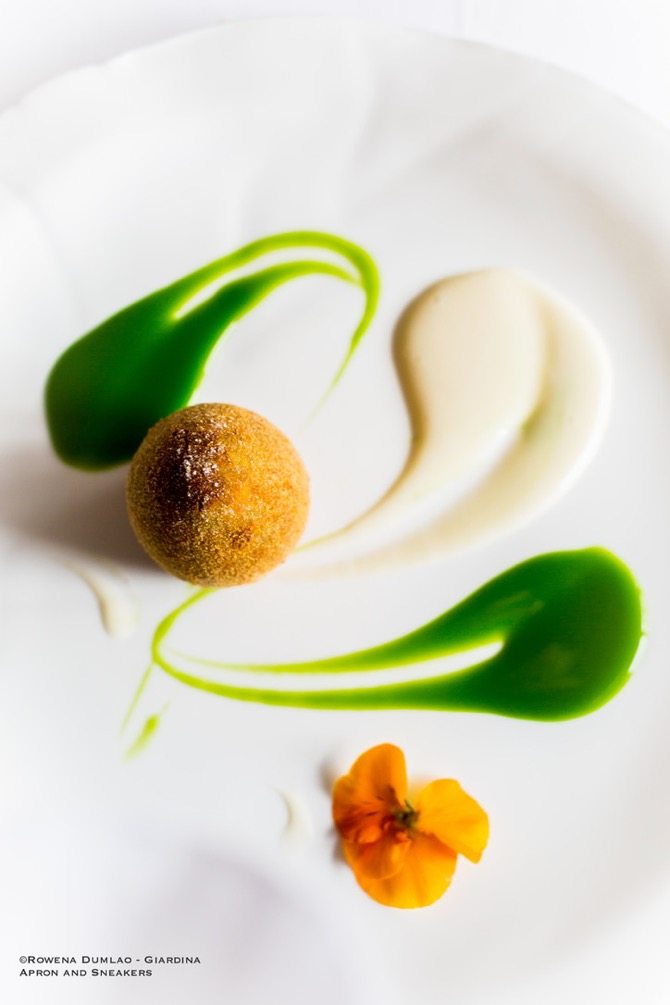 Ristorante La Trota’s location may not be conveniently inside the capital and it may take a bit of traveling from the center of Rome towards Rieti because it has a distance of about 100 kilometers but rest assured that if you do make that trip, the gourmand in you will be more than satisfied. In fact, you might even go back for more trips. A restaurant with 2 stars in the French Michelin guide, 3 hats in the Italian L’Espresso guide, and 3 forks in another important Italian restaurant guide, Gambero Rosso, can hardly disappoint anyone.

Ristorante La Trota is located just outside the small town of Rivodutri where the chalk stream of Santa Susanna runs through, a small wooden bridge crossing it and an intimate Italian-style garden. Coming from an urban layout, arriving at the restaurant gives a dramatic effect of an idyllic place for much-anticipated lunch. 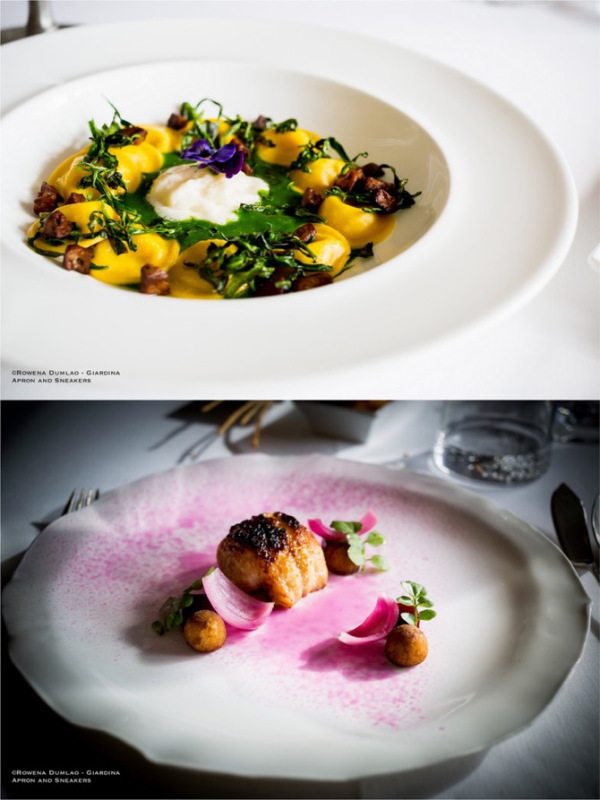 What all of us don’t know is the success story behind one of the best restaurants in Italy. It started in the early 1960s, about 50 years ago, when Emilio Serva and his wife Rolanda opened a simple trattoria in Rivodutri. Their sons, Sandro and Maurizio, who grew up in the kitchen, inherited the same passion for cooking that their parents started. But the brothers were one step ahead of their parents because they had the dynamism to make a giant leap forward, a change that no one has ventured into, perhaps even of dubious nature at that time that was often misunderstood. They built their menu around an underestimated ingredient that were abundant in their property, freshwater fish.

Trout, pike, tench, zander, eel, carp, are the prime ingredients of Sandro and Maurizio’s kitchen as opposed to the usual seafood catches that restaurants were putting on their menus. Challenging at the beginning but in 2004, their first Michelin star arrived. More hard work paid off in the following years as they received their second Michelin star in 2013. Now, at 2018, the third generation of the Serva family, the sons of Sandro and Maurizio, Amedeo and Michele, have joined the family’s restaurant by serving in the dining area. 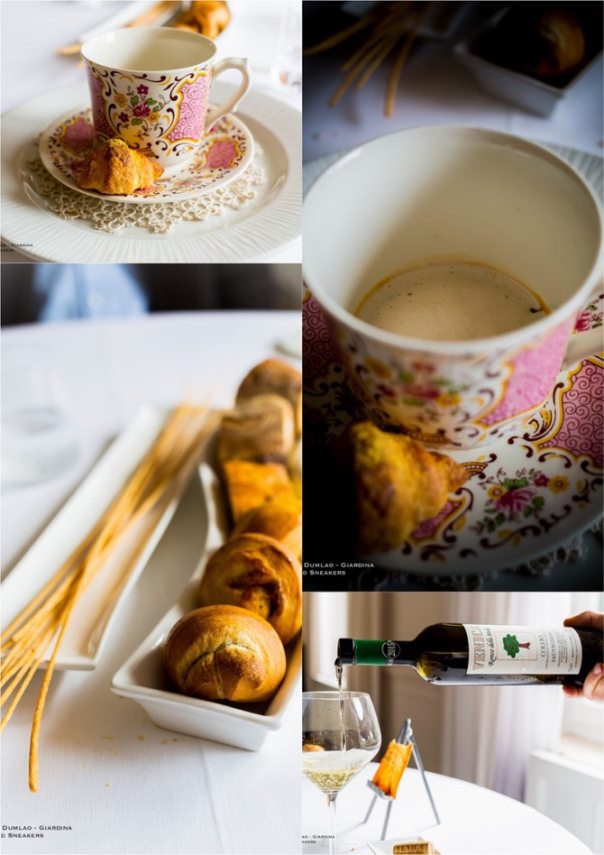 Receiving the sought-after accolades does not reflect solely the food of the restaurant but also other important aspects of the restaurant like the service. Even if both Sandro and Maurizio cook, they make a good tag team of switching roles as of them overlooks the dining area while the other one cooks. Affable hospitality is important to them as they interact with their clients. The service, I have to say, is like no other, with a warm personal touch from both chefs, and impeccable service given by their sons.

The menu of La Trota is made to magnify the local territory. The main focus is the freshwater fish found in the surrounding lakes and stream but there are also local meat accentuated by some vegetables from the area. It’s the modern technique and extremely creative approach to the traditional recipes that make the Serva brothers’ kitchen highly regarded in the gastronomic world. 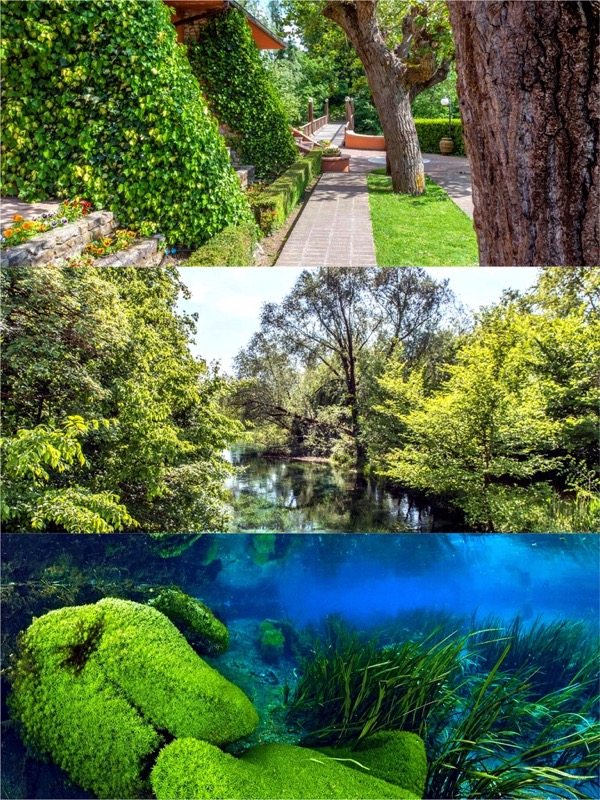 Every dish presented is a masterpiece of exalted aromas and flavors. The selection in the menu is a collection of dishes revisited in the past menus. Together with the food, they have more than 800 Italian and French selected wine labels to choose from. To gear up your senses in anticipation of experiencing their cuisine, the chefs send something robust-flavored that’s reminiscent of “breakfast”, Cappuccino di Zucca Affumicata al Cardamomo con Ricotta al Caffè e Cornetto al Sale d’Arancia (Smoked Pumpkin Cappuccino with Cardamom, Ricotta with Coffee and Croissant with Orange Salt).

One of their most popular dishes from 2012 is the Carpa in Crosta di Papaveri con Maionese Cotta di Patate e Rape Rosse (Carp Encrusted in Poppy Seeds with Cooked Mayonnaise of Potatoes and Red Beets) which perhaps is the best carp dish that you will ever find. From 2011 is the unforgettable L’uovo di Carciofo con Salsa di Topinambur e Gocce di Mentuccia (Artichoke Egg with Jerusalem Artichoke Sauce and Drops of Lesser Calamint) which is an encrusted egg-shaped artichoke that has a perfectly runny yolk in the center with delicate touches Jerusalem artichoke and lesser calamint.

Simply cooked on both sides to golden brown and a unique fish ball with hazelnut cream then covered with coconut are two delectable portrayals of zander with the Luccio Perca Cotto sulla Pelle, “Raffaello” di Guance di Luccio e Crema di Nocciole, Gocce di Tapenade (Zander Cooked on the Skin, “Raffaelo” of Zander and Hazelnut Cream, Drops of Tapenade). The Trota Fario e Foie Gras con Puré di Pastinache (Brown Trout and Foie Gras with Parsnip Purè) has the pan fried foie gras on top of the brown trout that lends a delectable savory flavor to the more subtle taste of the fish.

Ending the meal with a platter of small vegetables-made dessert bites not only refreshed the palate but also reinstates the spirit of interaction of your sense of taste as the chefs encourage their diners to guess the kind of vegetables each dessert bite is made of!

Dining at La Trota is not just about satisfying your gastronomic curiosity because it’s much more than that. Sandro and Maurizio give you the whole package of superior experience sealed with their unique affability in understanding their clients. It’s a genuinely unique experience that’s worth every minute of your time, every cent you paid and every kilometer you traveled.