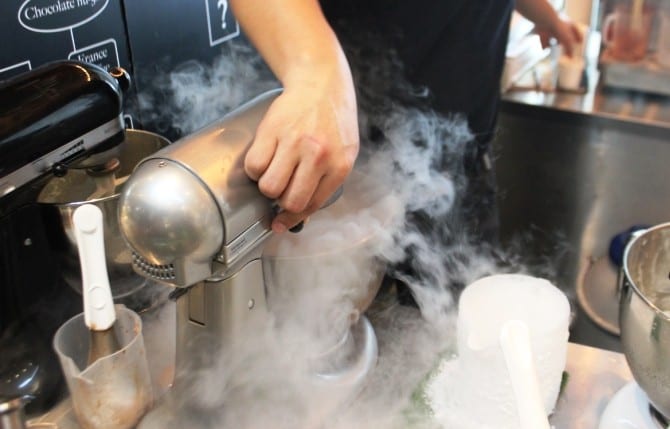 One Village Coffee’s Rwandan is a Crowd Pleaser 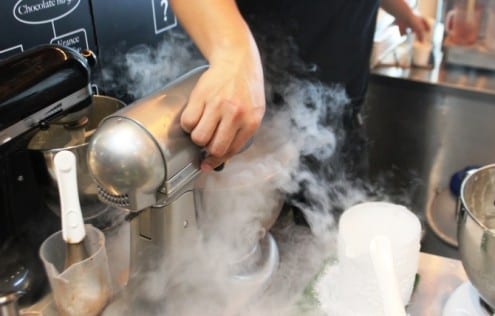 When I think about making gelato, I think of creativity: I envision a messy kitchen full of sliced fruit and ground nuts, pots of custard and clouds of whipped cream. 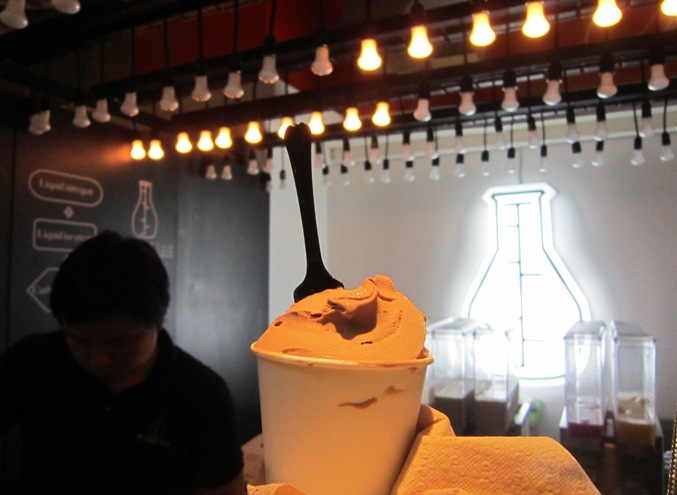 If I go a little further, I can see the machines and the refrigerators, but that’s it.

Never in my mind would I associate gelato with a science laboratory.

Among the avant-garde chefs, the ones who practice molecular gastronomy and apply scientific techniques to the culinary arts, it seems like liquid nitrogen ice cream (also known as ‘Nice Cream‘) has become the latest trend. 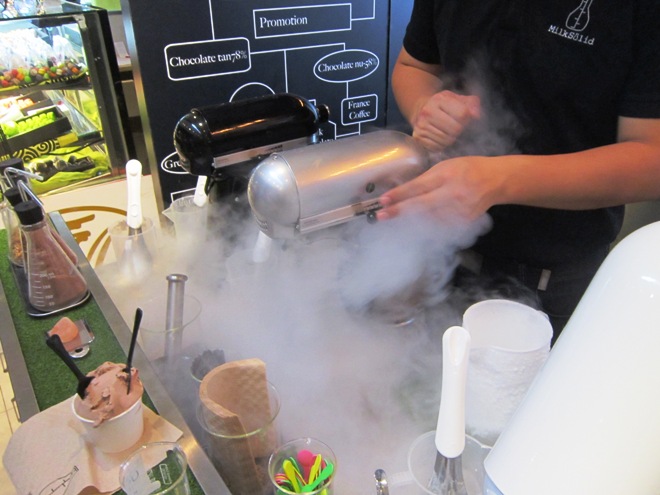 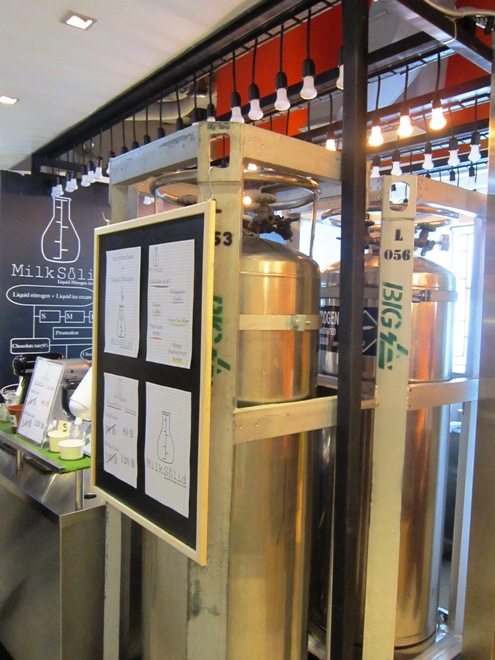 Milk Solid, an ice cream shop entirely dedicated to this new tendency, is located in the Food Court of Bangkok‘s Siam Paragon Mall.

In a “Nice Cream” store the atmosphere is more sterile, aseptic, and you’ll find yourself surrounded by beakers, tangs of liquid nitrogen (-320°F) and cold clouds of smoke.

This is the process: in 30 seconds they flash freeze the ice cream using nitrogen, a substance that keeps the fat and the water particles extremely small, and prevents the formation of ice crystals.

With this method every cup has to be made in the moment. The customer chooses an ice cream base flavor. The ‘ice cream scientist’ mixes the ingredients. Half a minute later the ice cream appears. 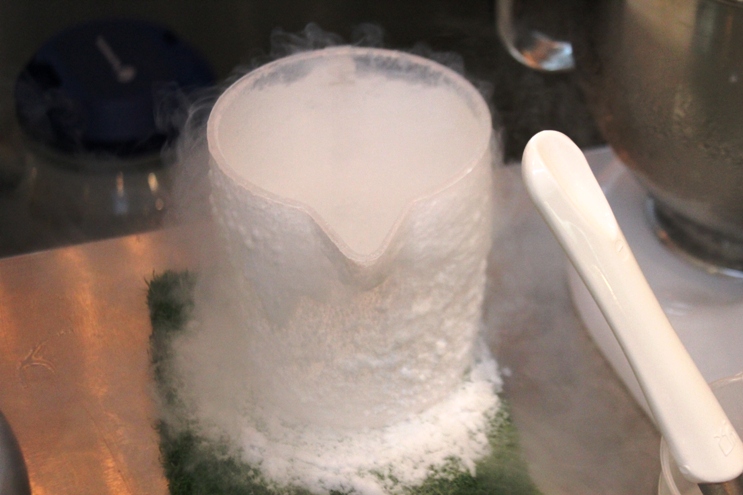 I opt for the chocolate, confident that a rich, intense flavor should be a better starting point to analyze the taste.

When the gelato is ready, you can take one of the cruets set on the counter and sprinkle some crushed wafers, hazelnut, cocoa powder or grains of Himalayan salt on top. 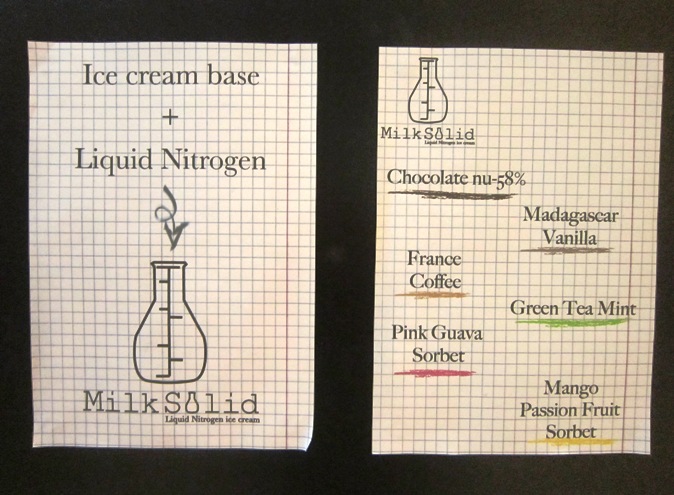 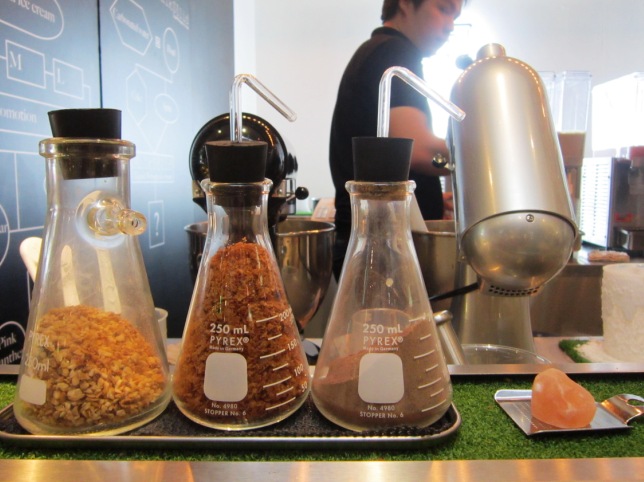 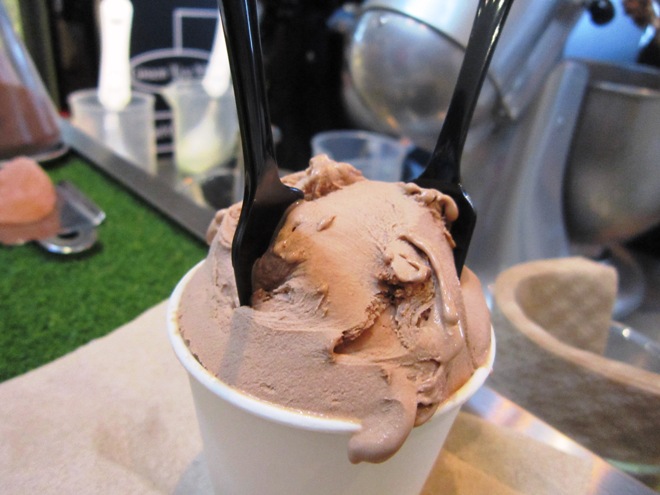 I go for simplicity and savor it plain.

At the first bite, the texture of this futuristic ice cream impresses me. It’s so smooth and creamy that it seems plush.

When it comes to the taste though, it reveals some flaws. The richness and intensity of gelato made at the “Italian way” is missed.

When I asked Joseph Barone, owner of one of the best gelaterias in Italy, what was gelato for him, he said: “The art of cold“. And ‘art‘ can’t be replicated by ‘science‘. 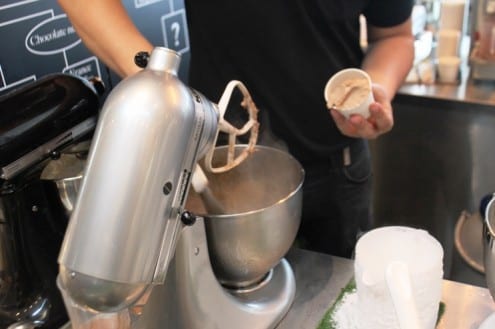 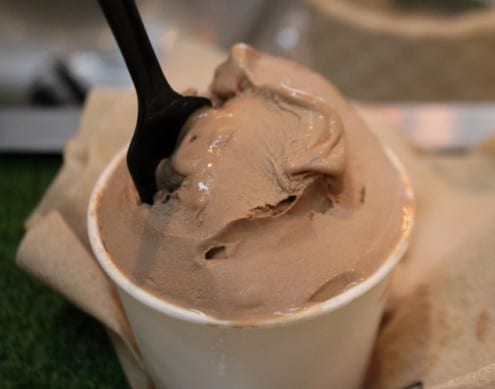