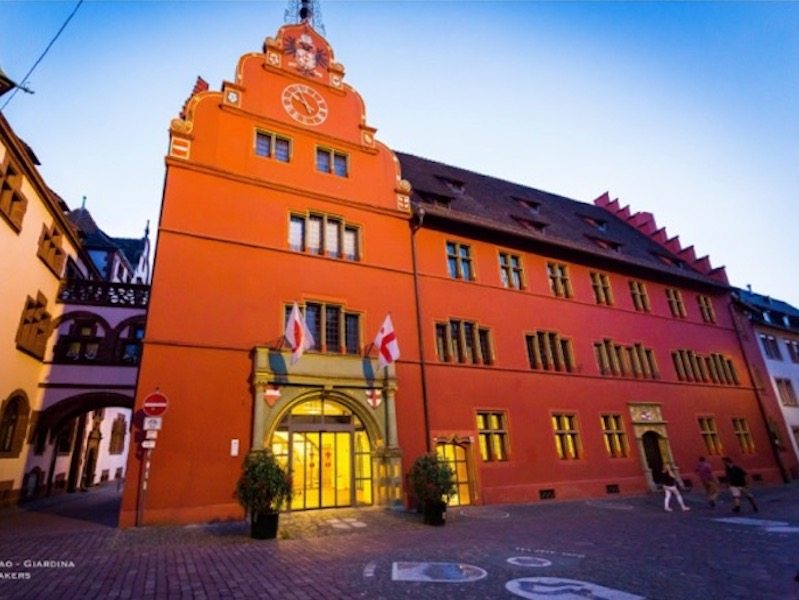 Without feeling too stuffy, the Michelin-starred Wolfshöhle Restaurant serves German food with a Mediterranean twist. 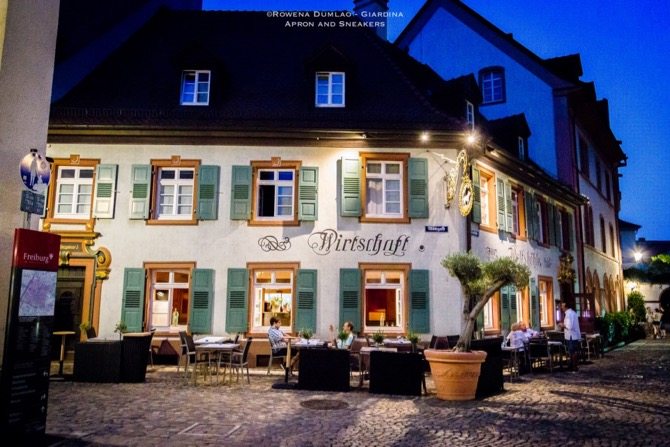 On the days I was in Freiburg at the beginning of summer, the heat was uncomfortably intense. Waiting for the sun to go down for the temperature to decrease a few degrees, I took on the lovely streets of Freiburg before my dinner reservation. It’s a beautiful city at the edge of the Black Forest that is lined with peculiar water-filled runnels called bächle all along the cobblestone streets in the old city center. A little bit of research tells me that these bächle were built in the 14th-century to provide water coming from the Dreisam River to fight fires, to feed the livestock and to help cool down the city in summer. When in Freiburg, the best thing to do is what all the locals do. Look for your space in the bächle (they can get crowded with fun-loving people), take off your shoes, sit down on the street, dip your drinks in the bächle and enjoy – the Freiburg way!

At the main square of the city, there is the imposing Freiburg Minster, the cathedral built in the 1200 in Romanesque style and finished more than a century later in Baroque architecture. Being the seat of one of Germany’s oldest and top universities, Freiburg has an easygoing and youthful ambience with students milling about in the streets that are lined with shops, bars and restaurants. 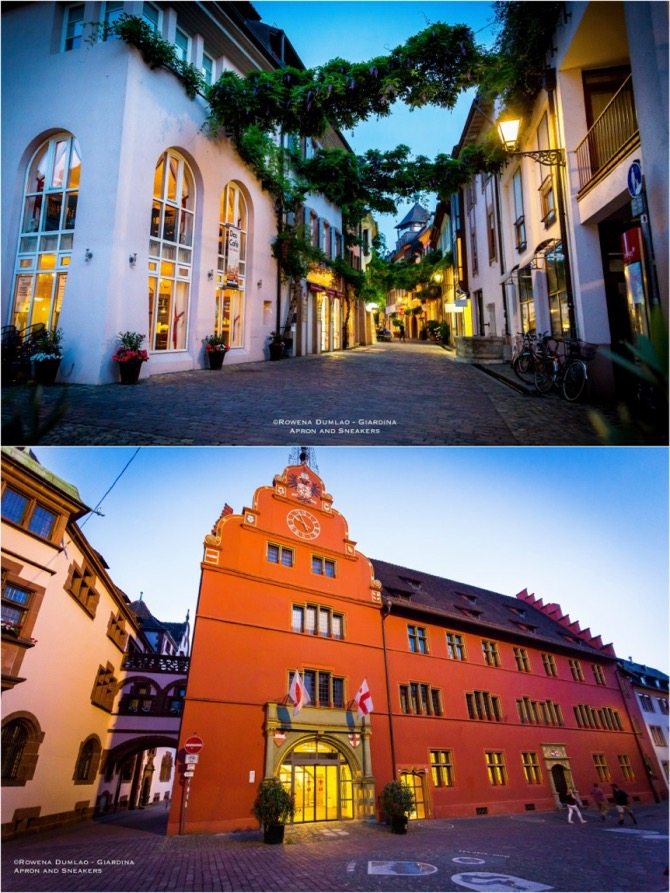 My choice of restaurant went towards the quieter part of town where the dining atmosphere is more muted. My destination was Michelin starred Wolfshöhle Restaurant located in one of Freiburg’s prettiest corner. The restaurant’s elegant wood and leather interior is accentuated with some art pieces. The young staff, all dressed in black uniforms with red sneakers gave quite an impressionable service of professionalism with a friendly overtone.

It’s exactly what Chef Patron Sascha Weiss wants to portray in his restaurant. He wants his diners to feel comfortable and relish the experience. Dressed casually in a pair of long denim cutoffs with his chef’s uniform, Sascha speaks about the food and the diners being the protagonists in his restaurant and that extends to the kids who dine with their parents. Like all good chefs, he loves to create dishes with the best seasonal ingredients available to him. He doesn’t limit his cooking to German cuisine or any cuisine for that matter. He creates dishes freely in his kitchen and he does have leanings towards Mediterranean cooking because he believes in light and healthy dishes. 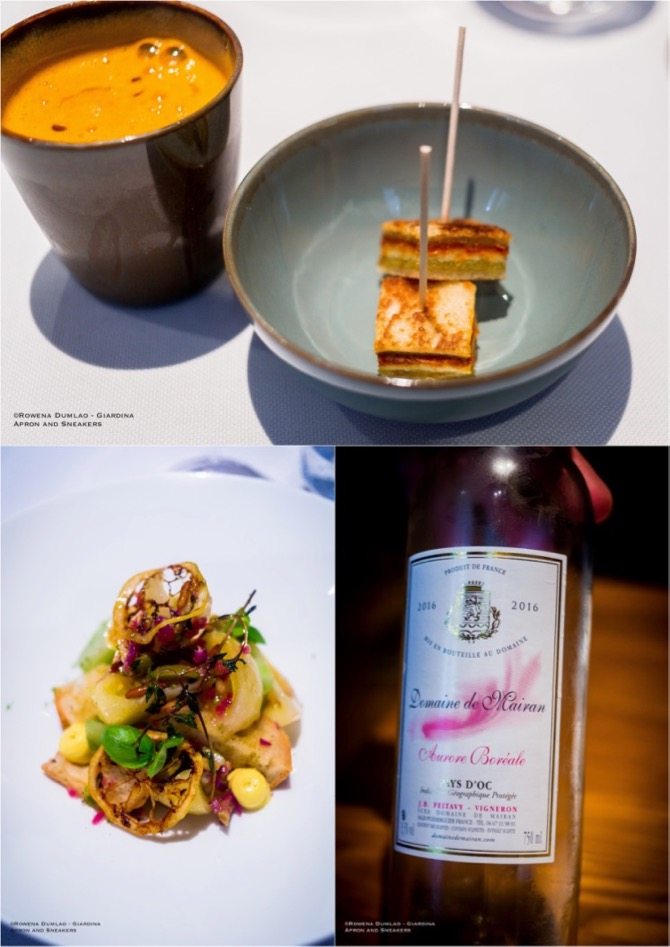 At the wine cellar that’s located at the lower level of the restaurant, it is possible to book the table for a group of 8 to 10 people to dine undisturbed. Dinner is served right at the cellar and the diners can open any wine of interest. Communicating with the staff upstairs would be through a button to call them.

The menu has very interesting entries of fish, meat and vegetarian options with selections of tasting menus between three to five courses. And the extensive wine list even makes things better because the majority are German from Baden because of its proximity to the heart of the wine region, and from the other wine regions of Germany while rest come from France, Italy and Spain. For my dinner, I opted for the 4-course meal which is left to the creativity of the chef paired with mostly wines from Baden wine region. 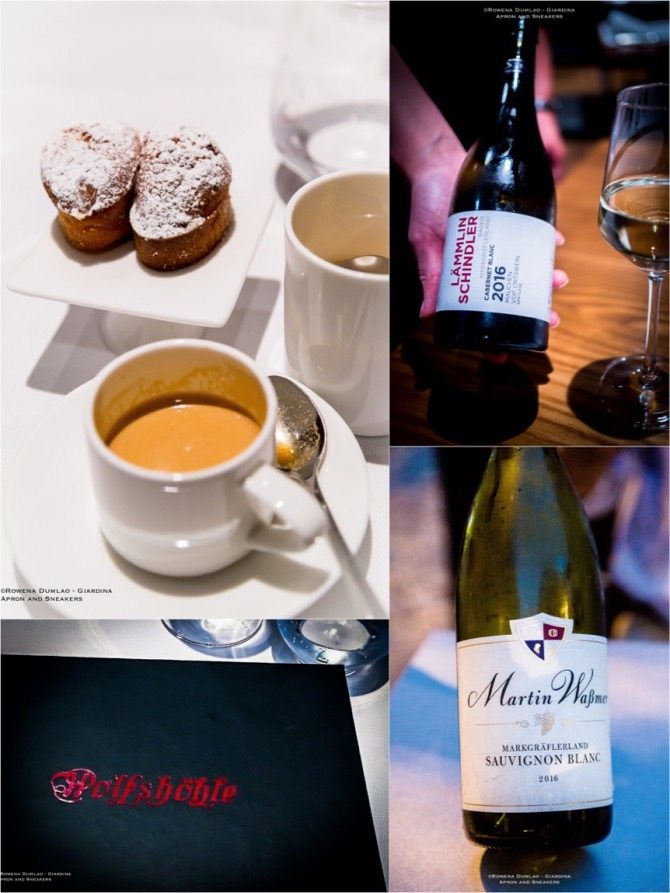 Starting with a demitasse of refreshingly intense gazpacho, a plate of salad was served. It’s inspired by the Tuscan panzanella which was mixed with thinly-sliced scorched lemons, fresh tomatoes, thyme, olives and pickled onions. It was a delicious matrimony of fresh summer ingredients that was paired perfectly well with a glass of a French rosè, Domaine de Mairan Aurora Boreale Rosè 2016. It was a good beginning of a flash of Mediterranean summer! 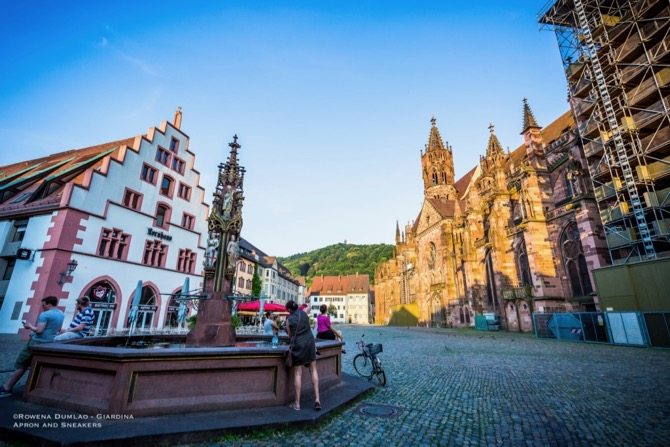 A delectable sea bass with thinly-sliced roasted watermelon and fava beans followed suit that was paired with a glass of Fischer Holzfass Chardonnay 2013 from Baden.

Beef came next that was served on top of some mashed lovage and a roll of potato latkes which also came with some sautèed chanterelles in a demitasse. With this dish, a glass of Zalwander Lemberger 2009, another Baden wine, was served. 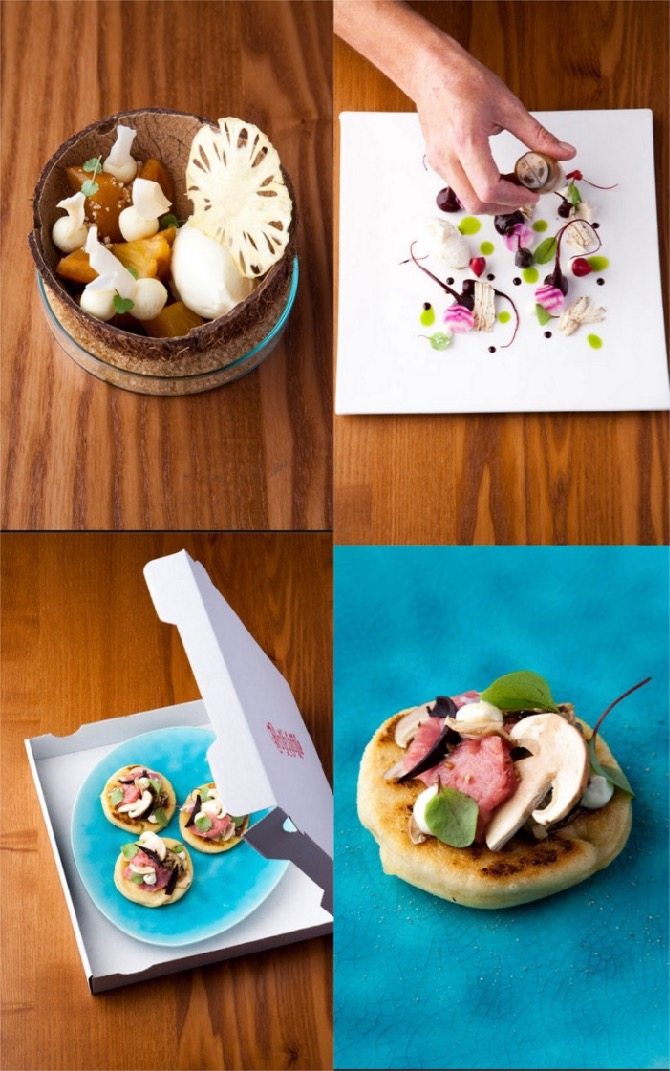 The last course was a delightful dessert made of blackberries. The different consistencies and shades of purple were so inviting and like the rest of the dinner, it was paired with a glass of Baden wine, Lammlin Schindler Cabernet Blanc 2016.

Weather permitting, outside seating is a very pleasant option at Wolfshöhle Restaurant where, at a 360-degree angle, the view is very charming. A glass of chilled Martin Wassmer Sauvignon Blanc 2016 was a memorable way to end the dinner at the restaurant after a very entertaining conversation with Sascha. He is a chef exploding with simplicity, creativity, fun and casualness which reflect in his outstanding dishes. He wants people to come to his restaurant feeling welcome and at ease while eating his creations. 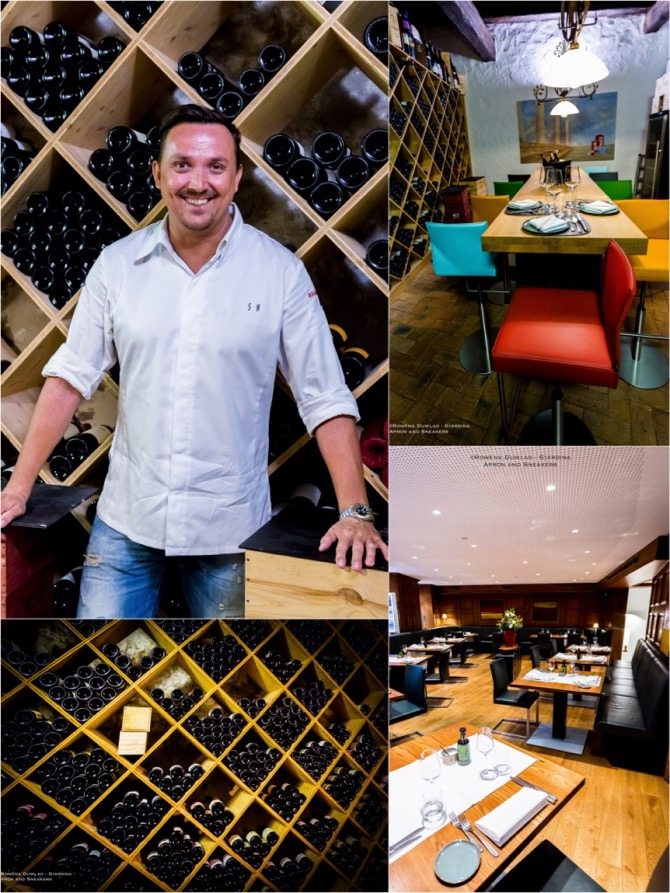