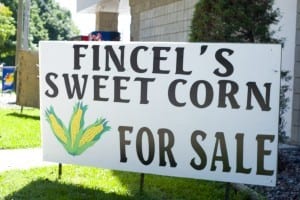 In my hometown of Dubuque corn is plentiful and fresh. I remember corn as a kid being everywhere in the summer, rows and rows of it. Corn to Iowans is something many take for granted, but I still have fond memories of the corn that I grew up loving. 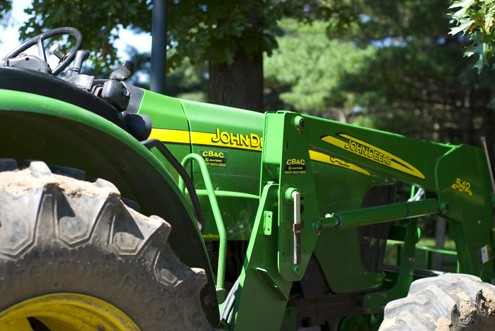 In Dubuque and the surrounding communities there was one name that was synonymous with corn and that is Fincel’s. We looked forward to its anticipated arrival in farm stands around the town as well as the farmers market on Saturday mornings. This corn has been a Dubuque tradition since 1885 when Frank Fincel (the first) started farming.

When the farm started out it was in Dubuque on the north end of town. The size of the farm was 5 acres and in the 1920’s it grew to 17 acres. In the mid 1960’s the farm was sold to John Deere and company. At this time the Fincel’s purchased a farm in East Dubuque, IL across the Mississippi river and now have 100 acres on which they farm corn as well as tomatoes, asparagus, strawberries, muskmelons, beans, eggplant, bell peppers, potatoes, watermelon, onions, kohlrabi, cucumbers and zucchini. 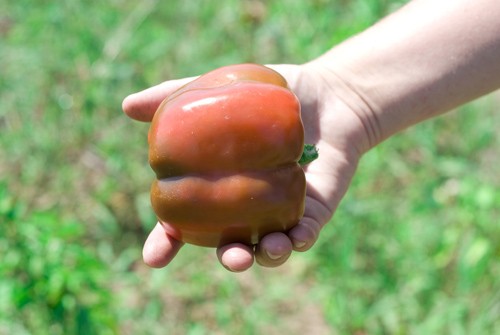 Last weekend I was in town and had a great idea to do an article on the corn I grew up loving. Actually a post on my facebook page from a Dubuque resident reminded me of the corn.

My brother happened to work across from the farm and he said he often saw them out working the fields early. I took a chance and stopped by the farm. Two of the farmers, Craig and Frank Fincel (the 5th), greeted me and were very busy getting the corn ready to be driven to the various sites around the community to sell. 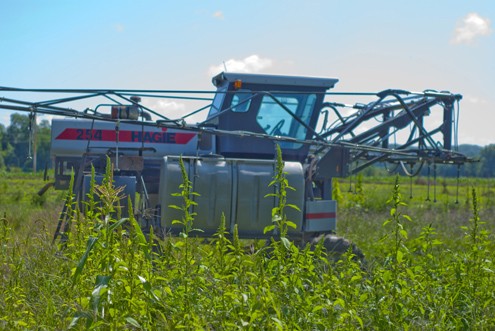 I did not want to impose and if I didn’t get a story this time I would return. But as I was taking some pictures of melons I was approached by Sarah, Frank’s wife. She was very gracious and offered to show me around a bit. She was very well schooled on the farm and knew a lot about corn. I was fascinated by her knowledge of the crop and the others they grew as well. You would think that she has known this corn all her life. I learned however, she is new to farming and to the state. She is from Milwaukee, Wisconsin. She met her husband Frank at the university of Madison. She said he was studying to be a park ranger in college however the family business called and he missed farming and being a part of the farming life. They have two boys one being Frank (the 6th). Will corn growing be in their blood too? We will have to wait and see. 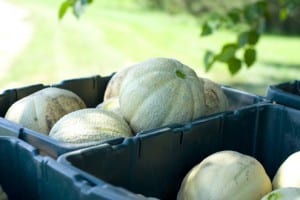 Sarah says that at the home that she and Frank share with their boys she is in charge of a three quarter acre garden where she grows spring crops such as lettuces, sugar snap peas and heirloom tomatoes. Here she can experiment with new things to see what the public wants. In years past she has tried turnips and she said they were not well received but the okra she brought to market they loved. Who knew Iowans would love their okra. She noted that with the food network and cooking channels people even in rural areas are more sophisticated about food and willing to try new things.

My respect for farmers swelled after my conversation with Sarah. Of course in this country I believe we take our food supply for granted. Farmers do not. When your income for the year relies on 3-4 months of crop growth you better get it right and please your customers and that is exactly what the Fincels do. Although their income is made in a few months of the year, the work is year round to make that income happen.

In January the planning for the crops gets started. Some seeds are started in Frank (the 4th) Fincel’s own kitchen in February. He and his wife Carol live on the farm site. When the kitchen is full of plants it is time to fill the greenhouse (one of the three) on the property. By late April, 2 of the 3 greenhouses are fully planted with the earliest of the tomatoes, in the hopes of getting them harvested by late June early July. They have about 4-5 thousand tomato plants each year. Wow I can’t even get one to grow well! 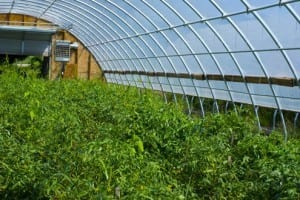 The fieldwork begins when the ground has thawed and is not too wet for the tractors. The ground has to be prepared for the first sweet corn planting in April. This year the corn went in April 23rd, which was later than the past year. With roughly 70 acres dedicated to the sweet corn there are a lot of preparations to have the ground ready for planting. The plantings are spaced so that a new field of sweet corn will be ready every other day beginning in early July through September.

Crop rotation is important to prevent mineral depletion and disease. Especially true with the tomatoes. They are prone to disease so crop relocation is very important for them to thrive. 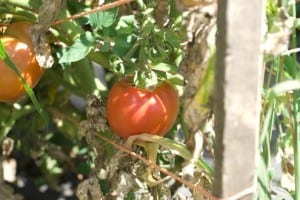 One factor that makes this Iowa soil great for growing is the sand. You can see in this picture how the sand makes for a looser soil and is better for drainage. Sarah says the melons especially enjoy this. 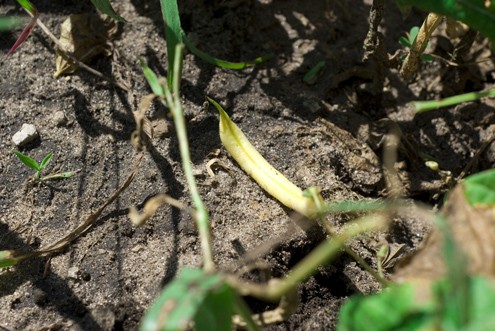 Weather is a big factor as you can imagine when growing anything. I can attest to that just from the small garden I have been tending to. In Iowa this summer the weather has been a little less than ideal. They have had some extremes. The worst was the rain they had in one storm where 14 inches fell in 8 hours causing roads to be flooded and trees uprooted. Sarah talked about how this affected the crops. None of the corn washed away however, she showed me some ears that were affected. Some kernels of corn burst from the excess water. Some peppers rotted out from excess water. In another storm in early July the strong winds blew corn pollen causing a condition known as skip jack where kernels were not formed and rows would be missing. This is caused by heavy rains beating the pollin into the ground. Leading to bad pollination. The excess heat also caused 1-2 fields to go bad. And then there was the drought period in July where they had no rain for days causing the Fincels to rely on their irrigation system. These imperfect vegetables would not be sellable. The Fincels have a reputation and a large customer base that has been eating their corn over the generations. Sarah says the customers are very vocal and will tell them if the corn is not to their liking or if it was not as sweet as years past, etc. 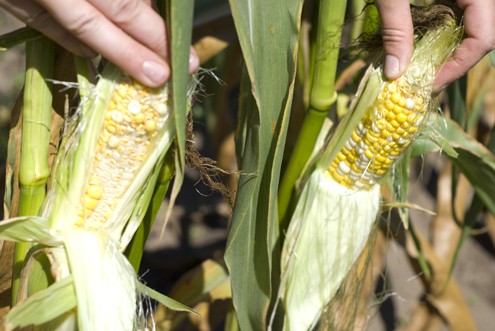 To me what sets Fincel’s corn apart is the freshness. When you bite into the kernels there is that crunch. But it is also light not heavy or starchy. The next thing I notice is the big, juicy sweetness. When you have had this corn it is hard to eat any other. They pale in comparison. 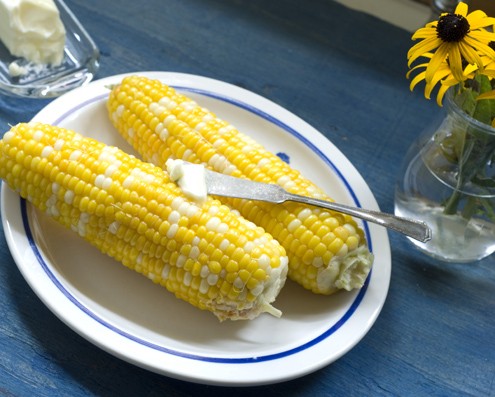 I think one big factor in its taste is that it is so fresh. Literally the corn that was picked while I was at the farm I ate it that night for dinner. All the corn is hand picked by a 16 member, more or less, picking crew. A lot of college students and high schoolers value this as a summer job if they can get out of bed early, because the picking starts when the sun comes up, as early as 4:45 am. They need to have the corn at their market locations when they open. Only the best corn is delivered to these sites. Any corn that is below par is donated to local food pantries or composted. 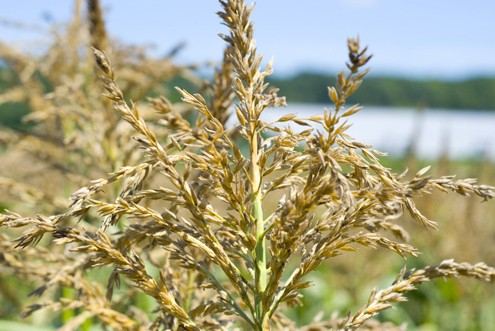 As a kid in Iowa my mom always told us “knee high by the fourth of July” was a way to tell if a corn was going to be a good crop. I always remembered that and would look at the corn when we were out driving to see what its height was. I mentioned this to Sarah and she said it is really not true that it all depends on the weather and how soon the corn could be planted as to how high it is by the fourth. Much of the corn is harvested then just in time for the fourth holiday.

After I left the farm and was headed back home to Chicago, I reflected on the things I love about my Iowa. Those wide open spaces, big skies, billowy clouds that seem to roll forever, fields of cows, horses and sheep, slower pace, sales clerks that visit with you as they give you your change, lower gas prices, country roads, oh and that corn. 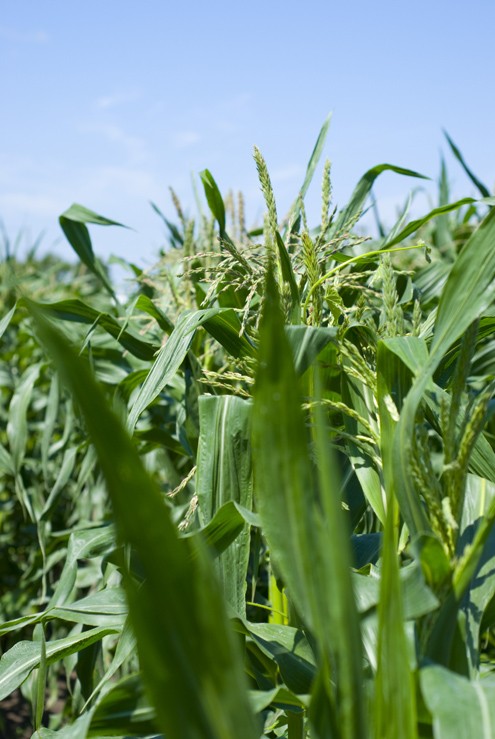