Boquete is a mountain town in the interior of Panama. Elspeth Velten went for a tour of Finca Milagrosa in the high altitudes of the surrounding mountains.
By Elspeth Velten 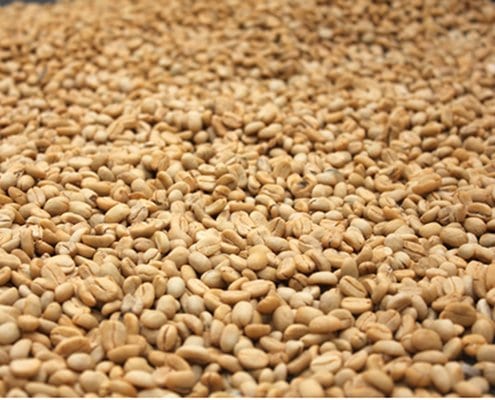 Boquete is a mountain town in the interior of Panama known around the world for its crisp clean air, expat retiree population and coffee. My sister and traveled to Boquete in June and we went for a tour of Finca Milagrosa in the high altitudes of the surrounding mountains early one morning.

This finca, like several others in the area, has a high enough altitude to specialize in Geisha coffee, known as the second best coffee in the world. We learned about the production process from tree to cup. 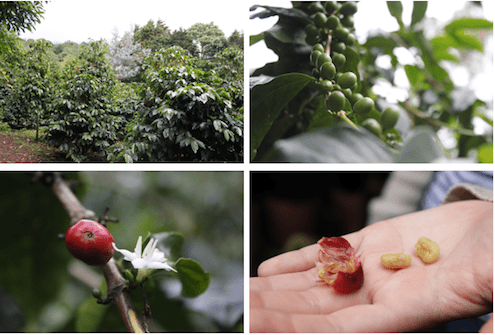 It takes five years for at tree to bear cherries, and when they turn red like a cranberry during the winter months they are ready for harvest. Most cherries contain two coffee beans, but the ones that contain just one are of a better quality. The cherries are picked and peeled by the hands of the indigenous Nobe people who come to the area for the harvest each year and are paid between $9 and $12 a day. The beans must sit to dry for some time, and then they are peeled further and sorted. I learned that the longer the beans are roasted, the darker they become in color (obviously) but also, the weaker in caffeine content they become. SO, it might be time to change up that strategy in the office every morning, eh? 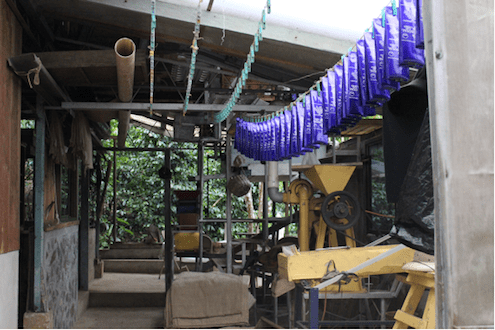 We fell in love with Boquete for a lot of reasons: the fresh air, cheap, local produce, beautiful natural setting, and the cheap food. We had casados at Restaurante Nelvis and also at Sabrason and enjoyed delicious pollo frito, ropa vieja, arroz con pollo, and bean and potato sides for $3 or under per plate. 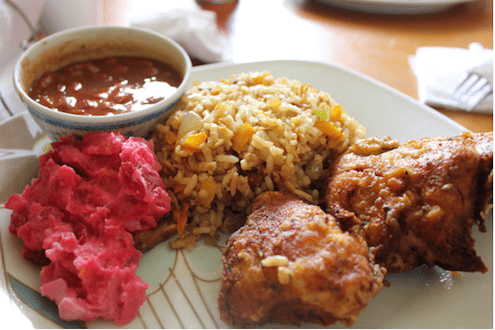 We also ate bangin’ falafel one night at expat run Mike’s Global Grill right on the river near Refugio del Rio where we were staying. Before we left Boquete, we spent half a day lounging in natural hot springs in the near by area of Caldera. We got to play with a friendly monkey, Chita, while switching between the hot baths and a cool, nearby river. We left Boquete the next day feeling refreshed and ready to lay on the beach for a few more days on the island of Boca Brava before returning to Panama City for our flight home.