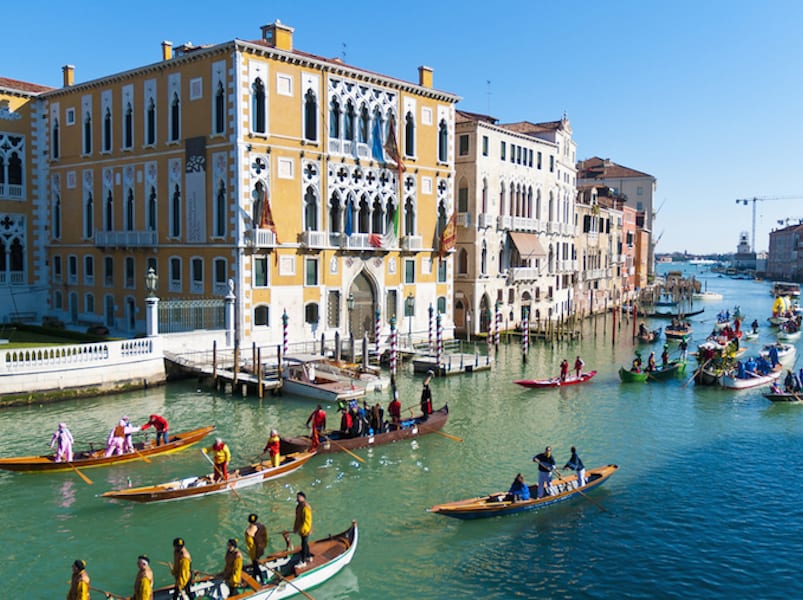 Festa del Redentore is the biggest festival in Venice. Every year, locals and tourists alike celebrate with food, gondola racing and the largest fireworks show in the country. Come and be a part of this yearly celebration! 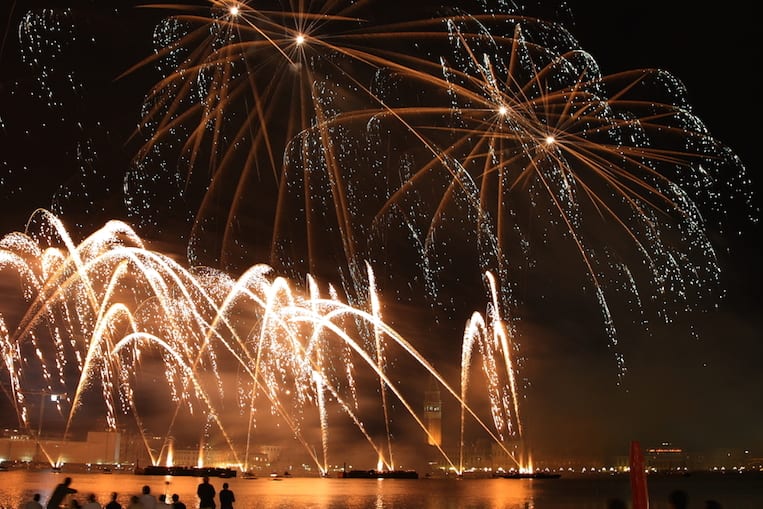 Festa del Redentore is a unique mix of somber and bombastic, and in this context, it makes sense. Also known as Redeemer Day, it’s held on the third Sunday of July to commemorate the end of the deadly plague that struck Venice during the late 1500s. The Venetian government vowed to build a church if the plague was lifted, and in 1576, it dissipated. A church was built on the nearby Island of Giudecca and named “Il Redentore.” Festa del Redentore is a uniquely local festival. While there are tourists, the majority of festival-goers are locals, celebrating a major turning point of their city’s history. And here’s where things get a little, explosive.

The modern day celebration of Festa del Redentore turns it into the biggest festival in Venice. Here is where the largest fireworks show in the country is held. Saturday, the eve of the festival, is when preparation begins. Locals begin decorating boats, terraces and rooftops with colored garlands, balloons and lights. At sunset, St. Mark’s Basin starts to fill with the decorated boats and barges, their owners steering them into the optimal viewing place. Those left on shore take up positions wherever they can find a place to stand. Local street vendors and restaurants offer classic Venetian fare while awaiting the show.

At 11PM, the show begins in earnest. From pontoons stationed near the island of San Giorgio Maggiore, the fireworks begin. Saint Mark’s Basin becomes one of the most atmospheric stages in the world. The fireworks last for around 45 minutes to an hour, illuminating the night sky with colorful explosions set to accompanying music. Intense emotions stir in both Venetians and visitors alike. The pyrotechnics and music mix together to create a party atmosphere. Pyrotechnics and music change yearly so it’s never the same show twice. In fact, in 2006 when Italy won the World Cup, the fireworks show featured a large display of red, white and green pyrotechnics, to celebrate the country’s victory.

When the fireworks have stopped, the crowds disperse. Some of the younger revelers opt to stay up to see the sunrise. A popular spot for these young night-owls is Lido di Venezia, or “Lido” for short. The Lido is the narrow strip of land which separates the central part of the Venetian lagoon from the Adriatic Sea. In recent years it has become a thriving seaside community, complete with restaurants, tourist attractions and hotels. Such commodities are slightly cheaper than the mainland so it’s worth checking out. 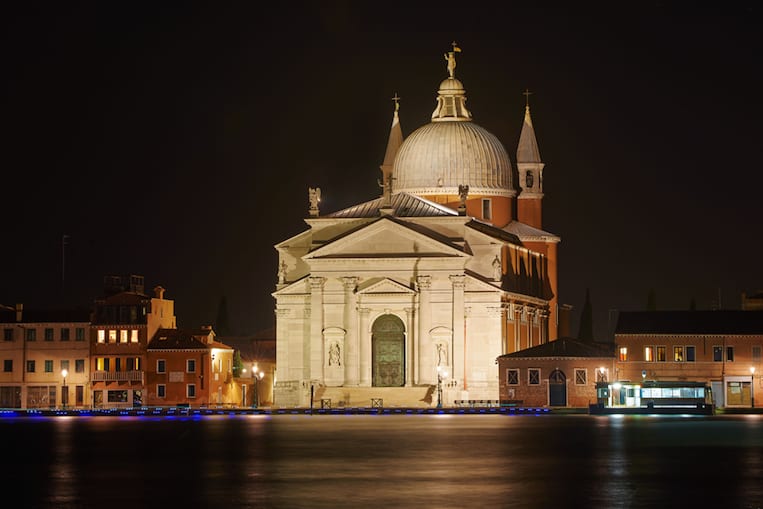 The next day, a floating bridge made from boats and barges, spans the 333m (364 yard) gap and connects the church at Giudecca to the mainland. A solemn procession into the church begins the mass commemorating the Plague’s victims. When the religious celebrations finish, the Gondola Races can begin. A centuries-old tradition, the Regata del Redentore involves teams of oarsman as they race around the canal in front of the church. The first team to complete a circuit and return to the church is the winner. It’s quite the sight to behold with colorful boats and crowds of cheering onlookers. 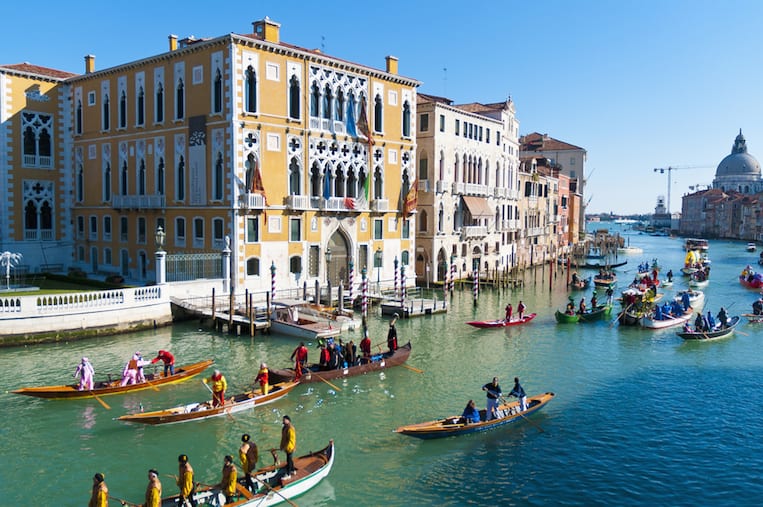 Getting around Venice during the celebration days is going to be tricky. Since the majority of festivities take place on the water, service for Venice’s famed “water bus” is heavily altered and quite slow. Check the schedule at stops for any changes. It’s almost better to walk or bike around the city during this time. Restaurants are going to be quite crowded, so it would be prudent to make alternative plans. Perhaps try sampling the street vendors and their traditional Venetian wares such as bovoleti (small snails), sarde in saor (sardines and onions) and melon slices wrapped in prosciutto ham. Many restaurants may offer open-air dining with a view of the fireworks, but be warned, they may charge more than usual. If you can afford it, then enjoy authentic Italian cuisine with a view of some of the best fireworks you’ll ever see. If you can’t afford it, then try finding a high vantage point with a view of the lagoon. Whatever you do, don’t forget some ear plugs. Just in case.

Festa del Redentore. The Biggest Festival in Venice. Redeemer Day. Whatever you call it, you need to come and experience it firsthand. It’s an experience you’ll not soon forget.