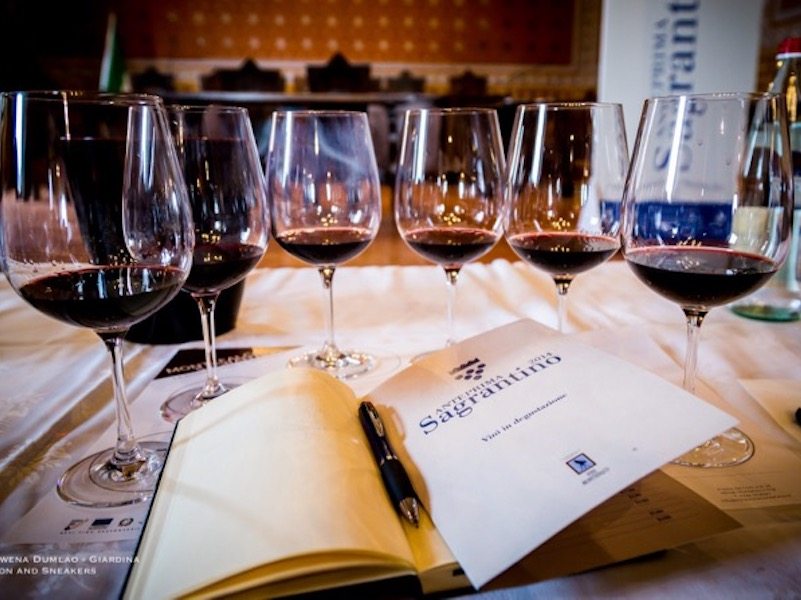 2014 had a rainy start to the growing year for the grapes in the region of Montefalco Sagrantino, but it finished sunny and strong. Here are favorite bottles of the 2014 releases. 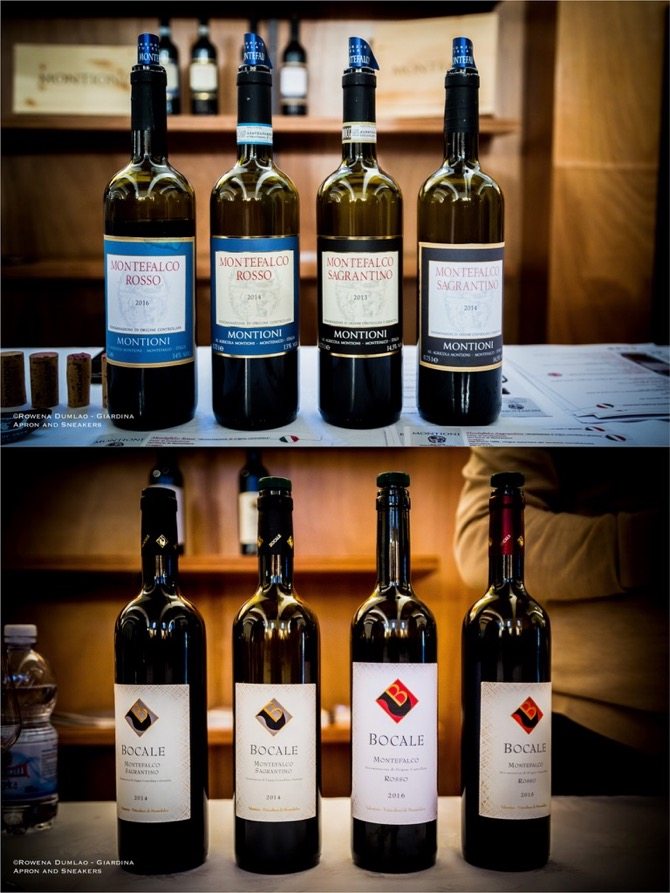 Umbria, with all its panoramic splendor of soft monochromatic green hills with olive orchards, vineyards and ancient hamlets played host again to more than 200 international and local experts in the sector of wine as they opened up the Sagrantino 2014, the latest vintage of the wine, for a preview tasting. The Fourth Edition of the Anteprima Sagrantino 2014 was held in the ancient hamlet of Montefalco between 19 and 20 February 2018, full of events to get a full comprehension of the latest vintage of Montefalco Sagrantino DOCG Secco (dry) and Passito (sweet) and other wine labels of the producers of Montefalco. 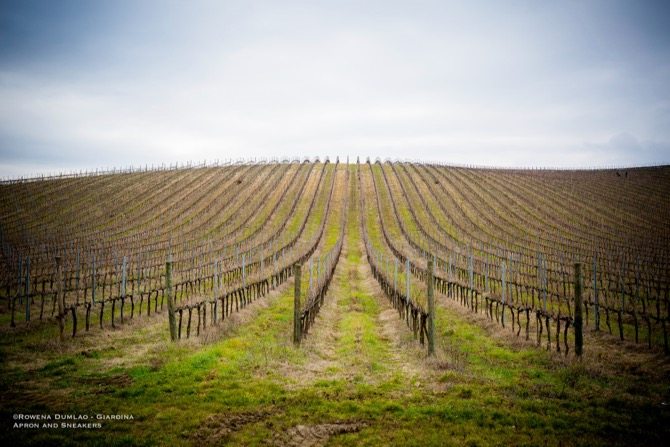 After four centuries of history and twenty years of DOCG status, the Sagrantino reaches nearly 2 million bottles of production and confirms itself as the leader in the wine sector, which is one of the most important production chains of Umbria. According to the Consorzio Tutela Vini Montefalco, the consortium of Montefalco, comprising of 231 members and 60 of which are wineries, production is destined at 30% to the national market and 70% are exported to the United States, Germany, China and while the rest are other European, Asian and South American countries.

What is Montefalco Sagrantino DOCG? The Montefalco Sagrantino DOCG is reserved to red wine, for the Secco (Dry) and Passito (Sweet) type that satisfies the conditions and requirements stipulated in the present product specifications. It has the highest designation of quality among Italian wines under the Italian law which is DOCG or Denominazione di Origine Controllata e Garantita (Denomination of Controlled and Guaranteed Origin). The wine is obtained exclusively from Sagrantino grapes grown in the vineyards within the entire territory of Montefalco and parts of Bevagna, Gualdo Cattaneo, Castel Ritaldi and Giano dell’Umbria. As for the aging, it is subjected to mandatory aging period of at least 33 months of which it should stay at least twelve months in oak barrels of any size for the Secco type and not less than 4 months in the bottle. 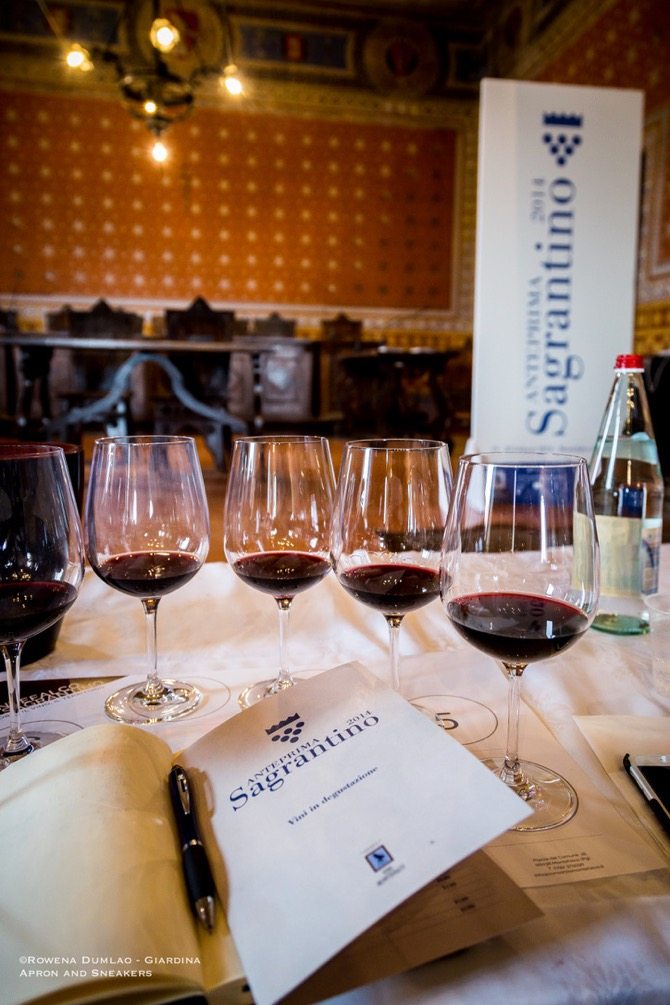 Montefalco Sagrantino DOCG has unique characteristics that bear no similarities with any other grape variety in Italy. It has an extraordinary richness in polyphenols and tannins that make it highly suitable to long aging in the wood and bottle. It has a full body and has a deep ruby red color, sometimes with purple reflexes and tending towards garnet with age. The perfume is delicate that is reminiscent of blackberries. In the mouth, it is dry (for the secco), sweet (for the passito) and harmonious.

How is the 2014 vintage of Montefalco Sagranino DOCG? The year 2014 had seen a difficult meteorological trend with rains and lower temperatures than the average during the summer season which caused quite a few headaches to the national wine sector. Fortunately, September came out warm and sunny and helped the growth of the grapes arrive well until harvest. With the careful agronomic management of the vineyards and the particular late maturation of the Sagrantino, the quantity and quality of the grapes that were harvested were satisfactory. They had thinner skins, slightly heavier than the average weight of the grapes, good polyphenol content, medium concentration of sugar, and good acidity. In conclusion, the technical commission has rated the vintage three stars out of five. While in Italy 2014 was a year that was generally not very productive, Umbria even increased its production by 16%. 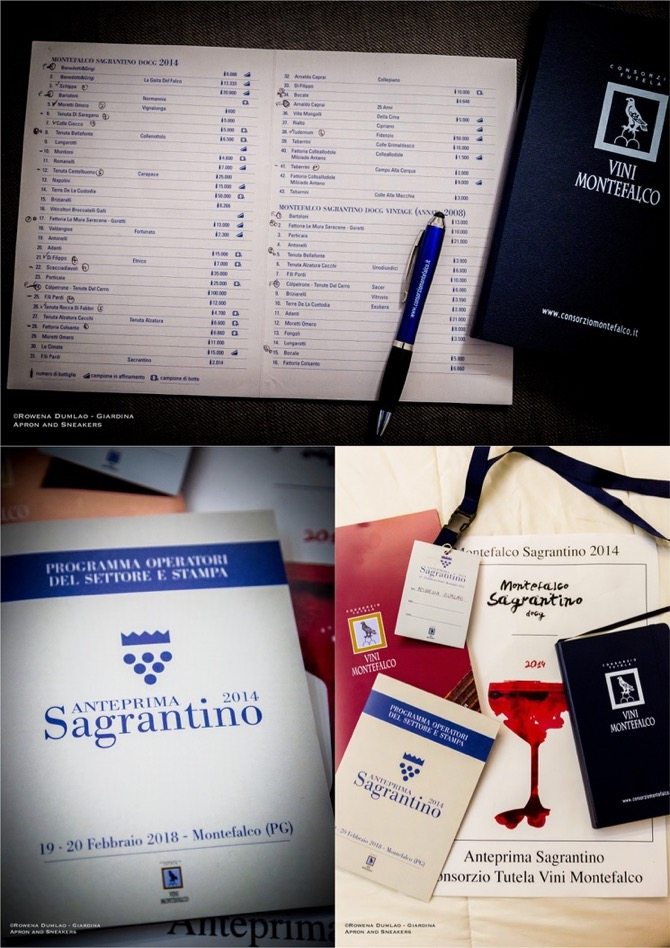 THE 1.7 MILLION BOTTLES OF PRODUCTION IN 2014 WILL NOT DISAPPOINT THE MARKET EXPECTATIONS. THEY ARE BALANCED, WITH PLEASING TANNINS.

Montefalco Sagrantino DOCG is a great wine that embodies the pride of Umbria. Being obtained exclusively from the most tannic grapes, they were able to balance the tannins by aging them for more than 30 months, one year of which is in wood. The result is an excellent wine with great structure, beautiful deep ruby color, intense and complex on the nose with notes of mature black fruits especially blackberries, plums, cherries, flowers, earth floor, cocoa, tobacco, spices and vanilla. On the palate, it is even more interesting with its persistence and balance. It’s definitely a kind of wine to explore if you want a good bottle of red wine that can also keep for a long time in the cellar.

In one of the main tasting rooms, it had been possible to taste all the producers’ 2014 vintages of the Montefalco Sagrantino DOCG. Some of the wine samples presented were obtained from the wooden barrels while some were still in the aging process. Nevertheless, the wines were expressing intensity in the olfactory examination, persistence to the palate and round tannins. Below you will find some of the wines that came out well in my tasting in which I found the characteristics to be more prevalent than the others. There were 43 samples of the Montefalco Sagrantino DOCG 2014 in all. 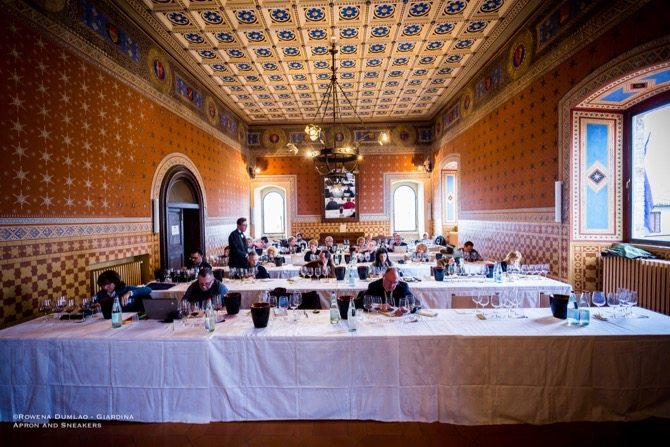 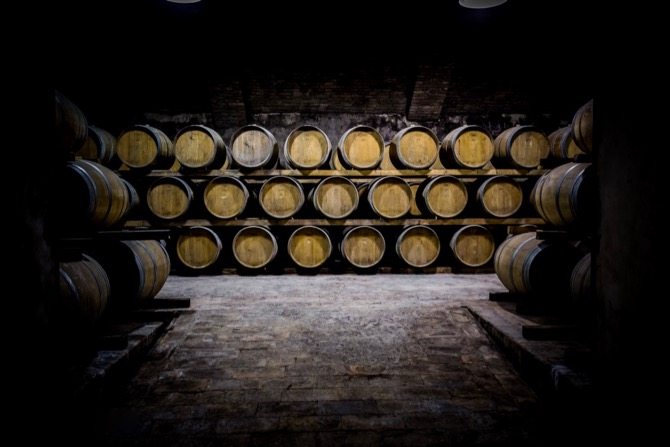