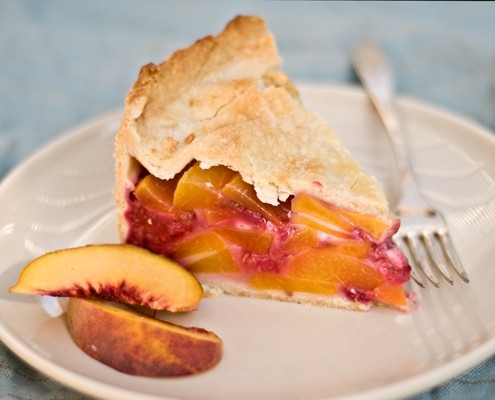 As the summer comes to an end, and we have one last shot at baking with those amazing summer fruit while they are still in season.
By Jackie Dodd

As the summer comes to an end, and we have one last shot at baking with those amazing summer fruit while they are still in season, raspberries and peaches are still a perfect candidate for our culinary attentions. And what better way to use them before it’s too late than wrapped in a deep dish pie crust.

Deep dish pie crusts are made in a similar manner to traditional crust, however, are baked in a 9-inch spring form pan and require (for obvious reasons) a bit more dough than an average crust. For this recipe, the Cooks Illustrated Foolproof Pie Dough is an excellent choice.

Once your pie dough is completed, chilled and ready to go, roll out one disk (about half of the total recipe) so that it will sit in your spring form pan with about a 1 inch overhang. Fold in half, then in half again to form a triangle. Gently move to the pan with the point of the triangle in the dead center. 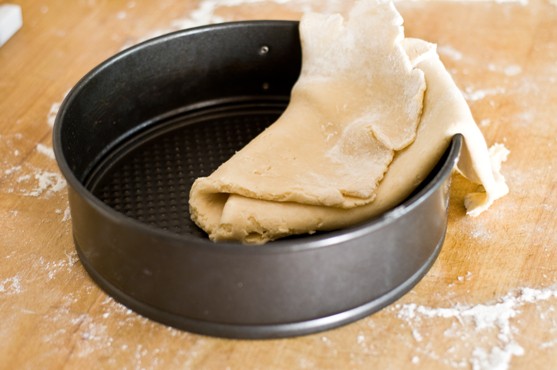 Unfold and smooth any rips or tears with your fingers. Set in the fridge to chill until ready to use.

In a separate bowl, add the flour, cornstarch, salt, and sugar, then whisk to combine.

Add the peaches and raspberries and toss to coat. 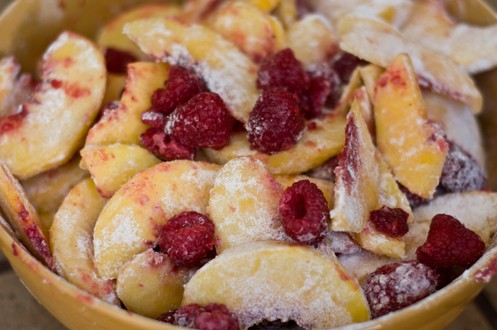 Add the fruit to the spring form pan that is now lined with pie dough. Roll out your remaining dough and place it on the top of the pie, using the same method to move as you did with your bottom dough layer. Using your fingers, squeeze the top and bottom layers of the crust together around the edge of the pan. Make a few slits in the top of the pie dough to release steam. If you want to cut out a shape, as shown below, do so prior to moving your dough. 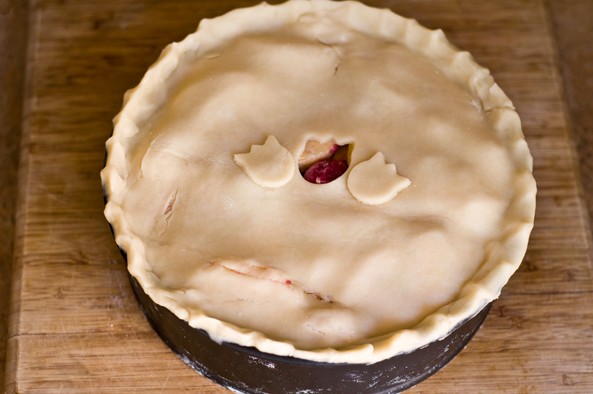 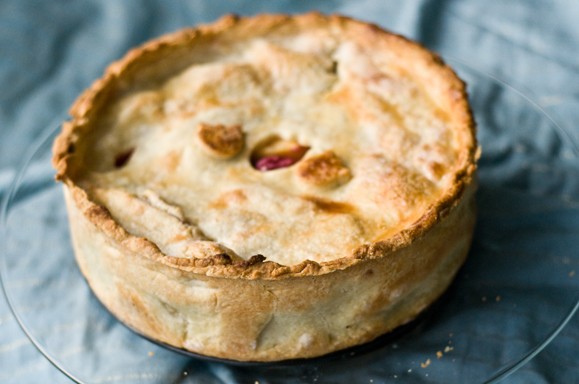