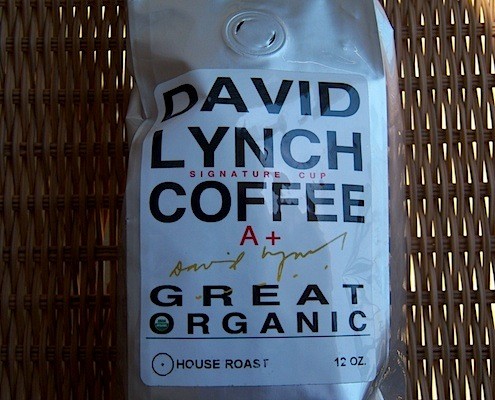 Can David Lynch really brew a cup of coffee that would satisfy Special Agent Dale Cooper?
By Bill Walsh

A lot of times people in the entertainment biz branch into different areas, like David Lynch. While I can’t say I’ve experienced many of his films or projects (I saw part of the Elephant Man), I have experienced his coffee. Distributed through Java Distribution, his brand of coffee is marketed as a fair trade, organic and delicious (and a portion going to the American Film Institute).

When they sent me out some beans to try and give some feedback, I was hesitant of coffee relayed through the same company that distributes Allegro Coffee. But I kept my opinions to the subconscious and sampled the coffee via french press, drip and siphon.

The siphon also held a similar body with more notes of honey, caramel, roasted cashew and cinnamon. Overall, the coffee held no notes of bitterness and was delightfully fresh.