Sponsored Post: #EnjoyItsFromEurope This post is brought to you by Jambon de Bayonne aka Bayonne Ham, the melt-in-your-mouth charcuterie from Europe. You’ve probably tried cured ham before, but have you had French Bayonne ham? Be sure to enter for a chance to win Bayonne ham here.
This salad is completely approachable — there’s only a handful of ingredients — and it is so refreshing. Serve it family style on a large platter, to showcase all the ingredients. 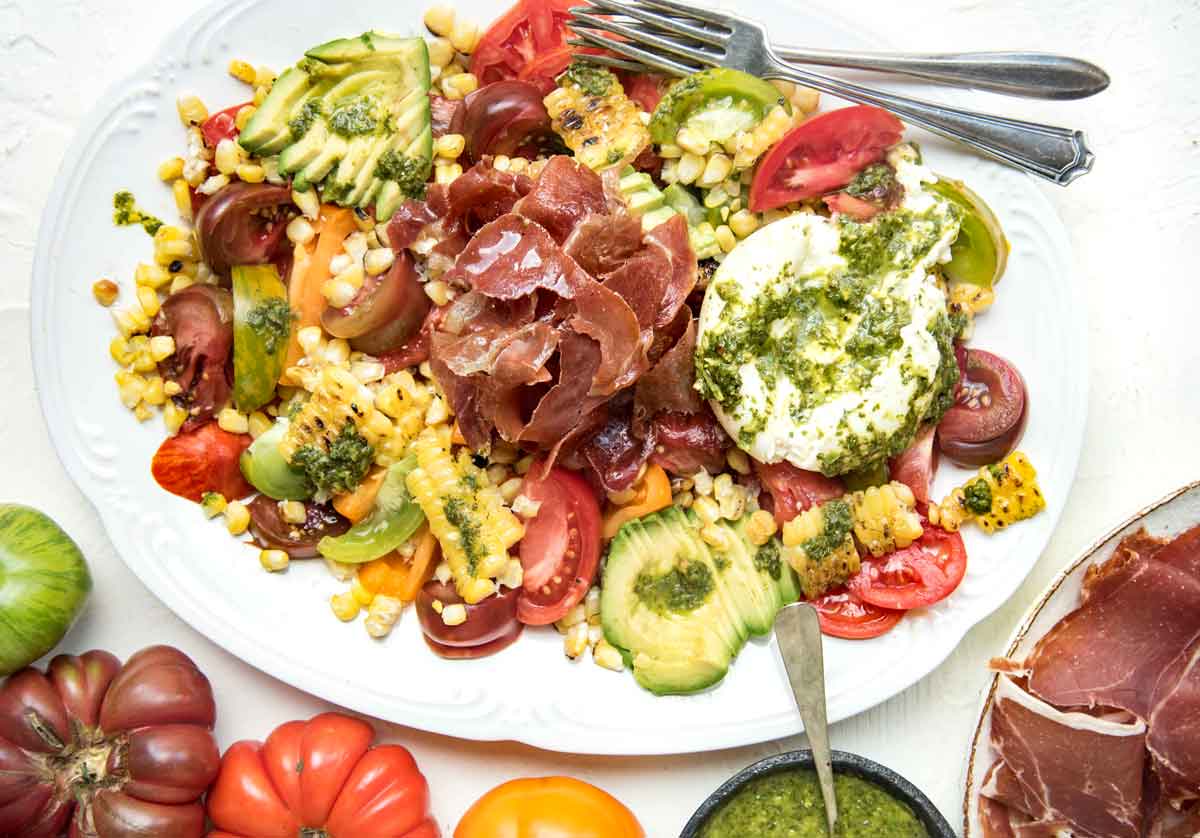 Bayonne is a city in the Basque region of southwest France where the Nive and Adour rivers meet. It’s also the home to Bayonne ham, a cured ham made with high-quality, whole, fresh hams that have been rubbed with a thick layer of special rock salt from the Adour river basin and aged an average of ten to twelve months. As part of this Bayonne ham project, I wanted to showcase this lovely ham while embracing all the stellar summer produce of the moment. 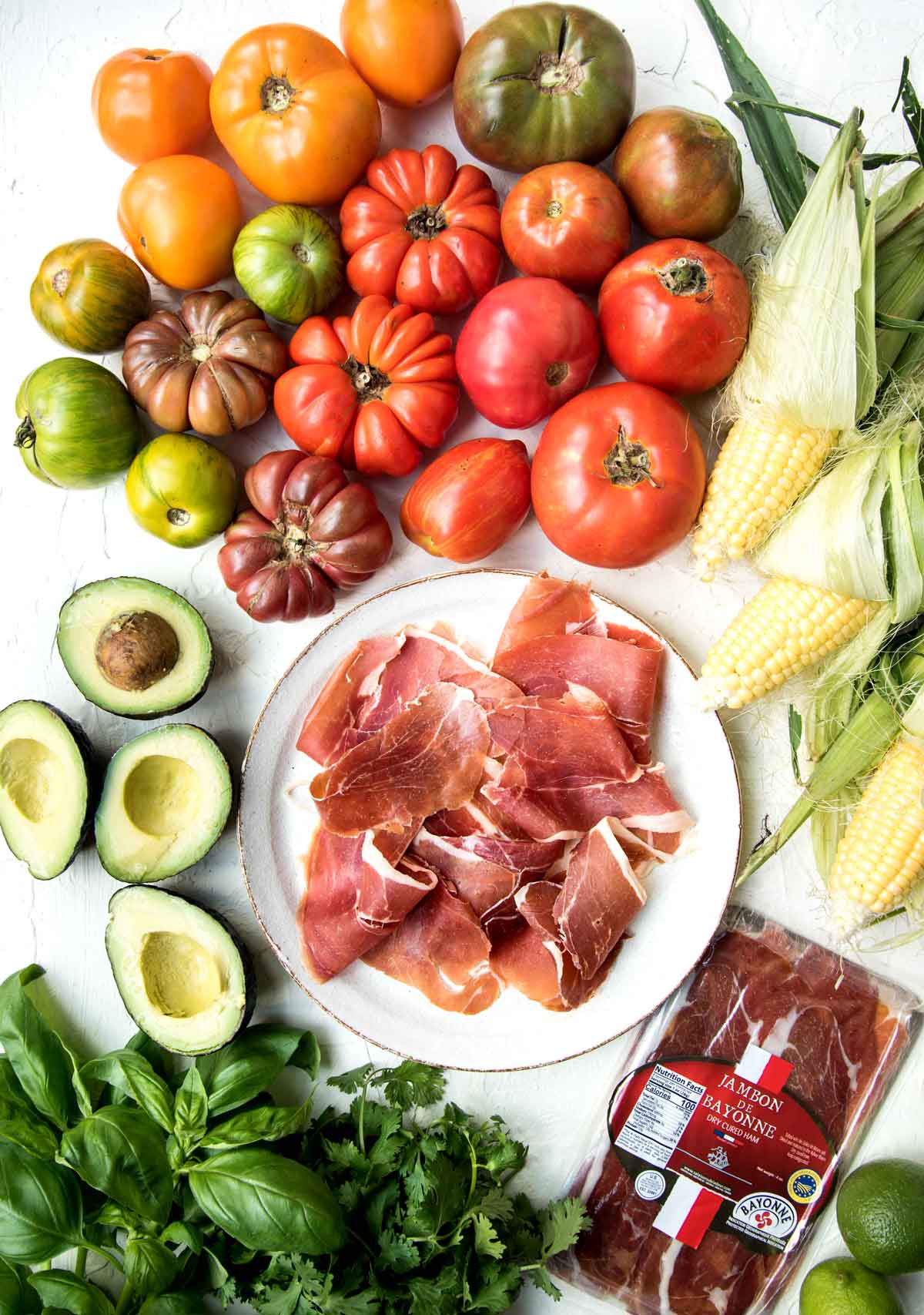 I ultimately decided to go with a bit of an American southwest flare with a salad of grilled corn, an assortment of juicy, colorful, heirloom tomatoes, and sliced avocado topped with a generous amount of Bayonne ham and dressed with a tangy, punchy cilantro-basil-jalapeno-lime dressing. If you want to go one extra step, you can add some creamy burrata cheese to the salad (highly recommended).

This salad is completely approachable — there’s only a handful of ingredients — and refreshing on a hot summer’s day. I like to serve it family style, that is, on a large platter to showcase all the ingredients. 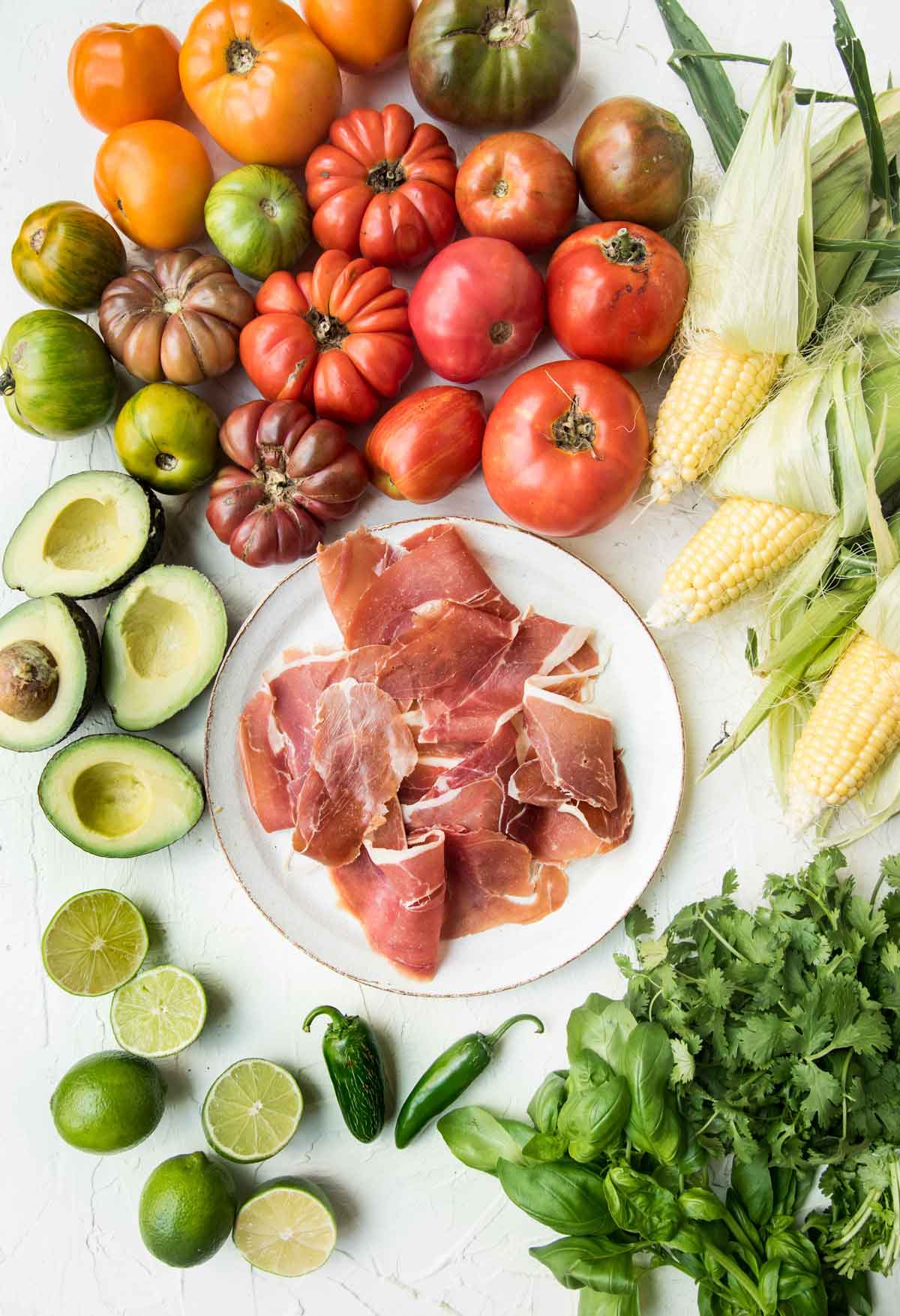 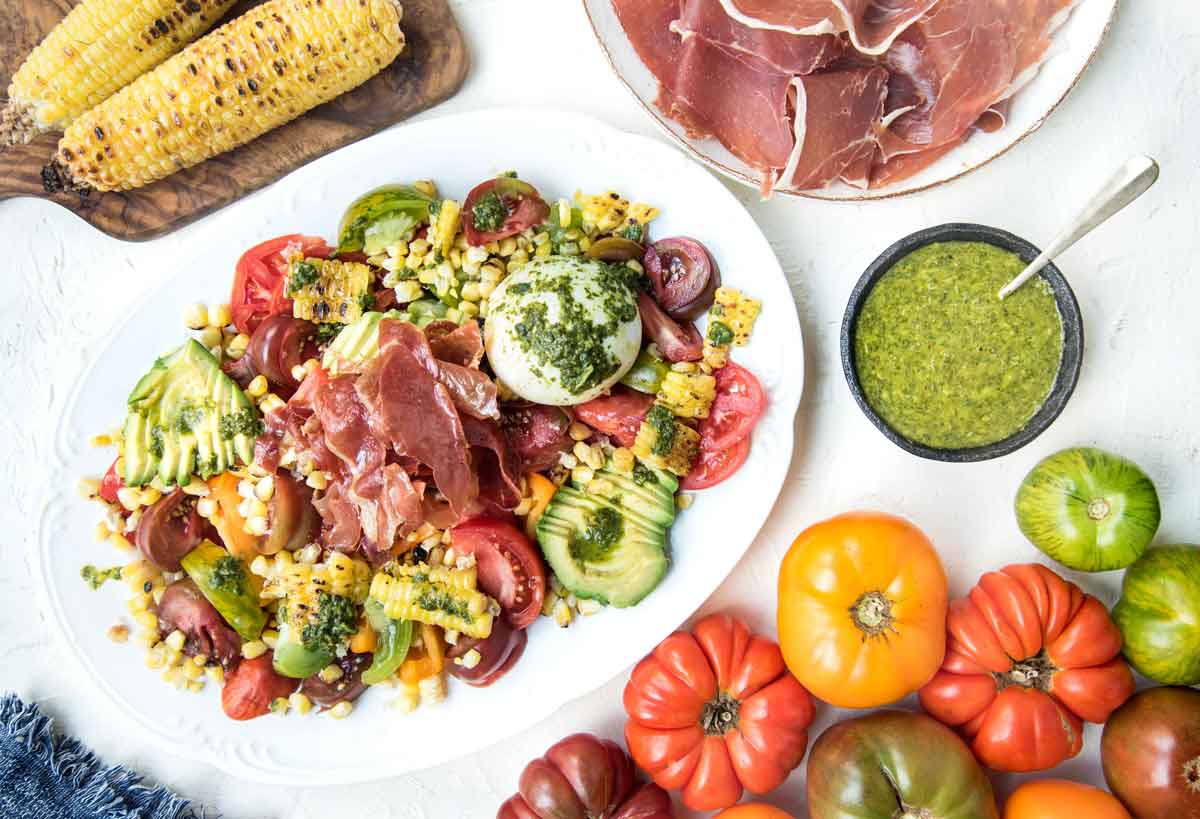 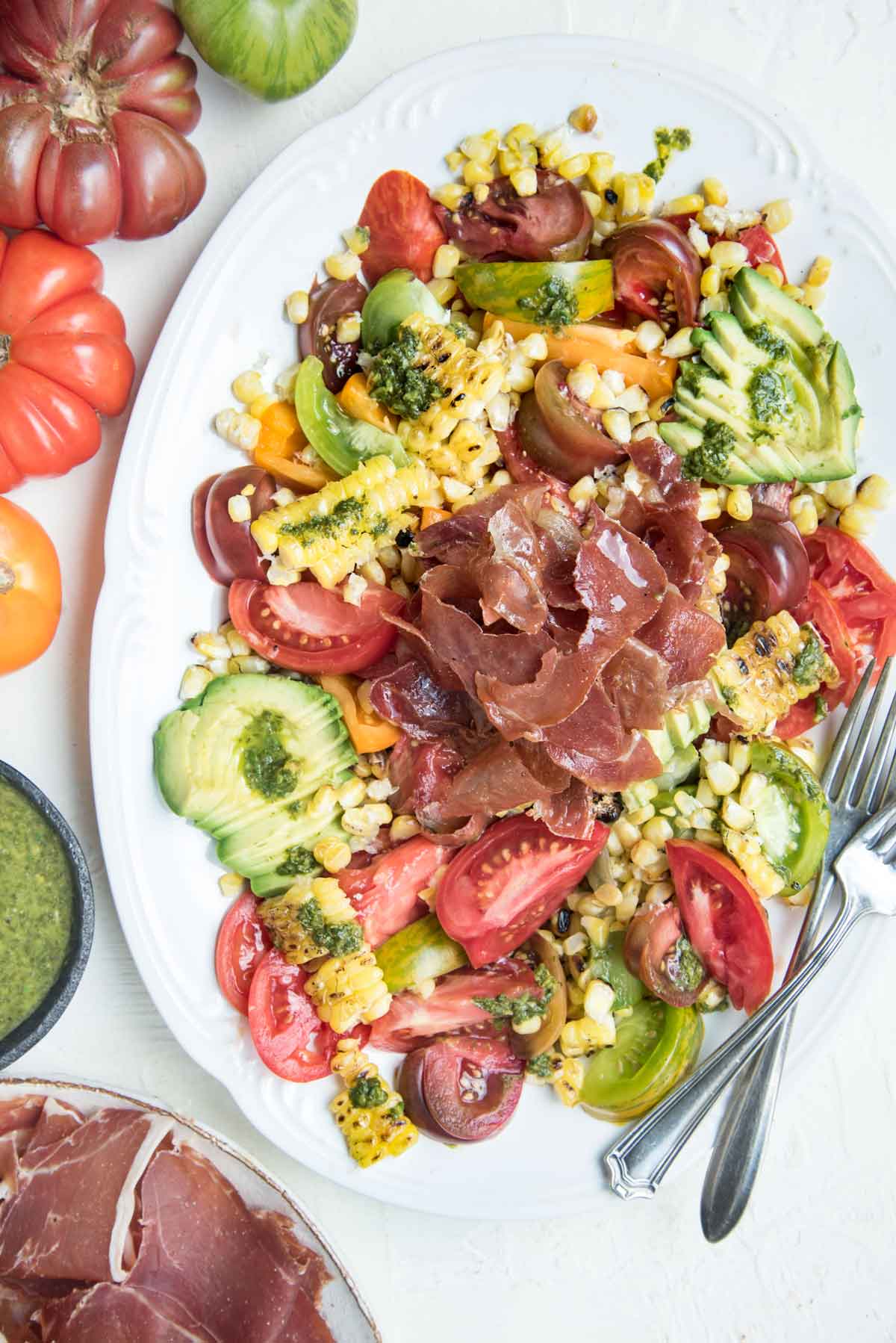 0
Linda Schneider September 9, 2019
No Comments Yet