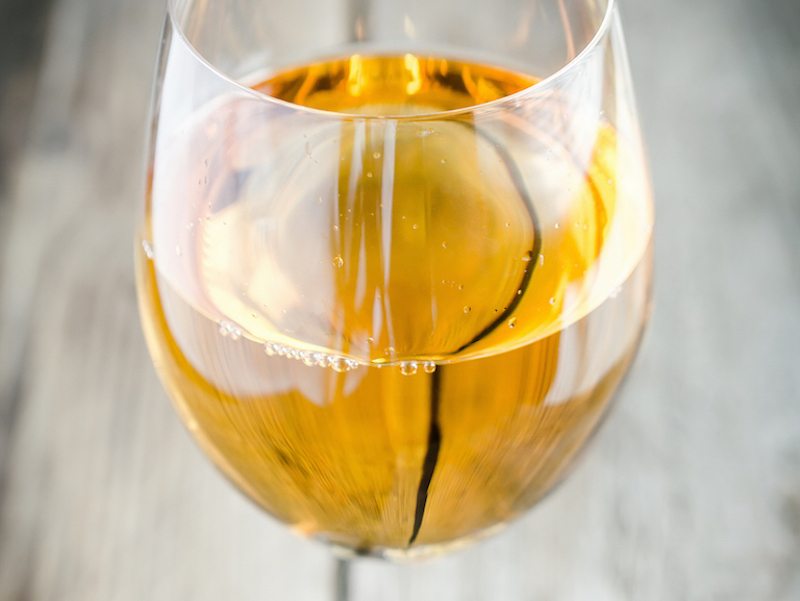 Rome: a Slice of the Dolce Vita

After enjoying two very different Pinto Grigios from the classified Friuli region of Italy with fresh pasta to pair, we wonder why this quality wine, and other pure versions like it, aren’t more common. But that is the exact uphill battle the producer, Attems Winery, enjoys being a part of.

Attems Winery began growing and bottling in Friuli during the early 1500’s and today is know for their superb white wines. Salts and fossils form a marine layer that alternates with sandstone to be the growing ground of the vines. This combination, familiar to the region, is known as “ponca” and successfully imparts its minerality to the grapes and in turn, to the wine. “Imagine a napoleon pastry”, explains Alessandro as he paints a mental picture of the layers while he describes the soil of the region. Alessandro Lunardi is from the Tuscan region of Italy and he came to the US years ago to spread his wine knowledge of Attems, especially the story of Pinot Grigio.

That ponca soil is precisely what can make it or break it, when it comes to Pinot Grigio wine. No matter how much of a master wine maker you may consider yourself to be, the majority of the work required to create an excellent bottle of wine happens in the vineyard. That element is difficult for anyone, but nature, to control. On the plant is where the quality of fruit is grown, developed, and will go on to determine the value of the bottled wine.

On the boarder of Slovenia, some of the Attems’ vineyard acres actually skip over the political boundaries and roll into the neighboring country. However, such cross-country growing has not jeopardized their Venezia Giulia IGT status. To keep this title, the Slovenian government has deemed those acres to be authentic Italian soil when it comes to wine regions. 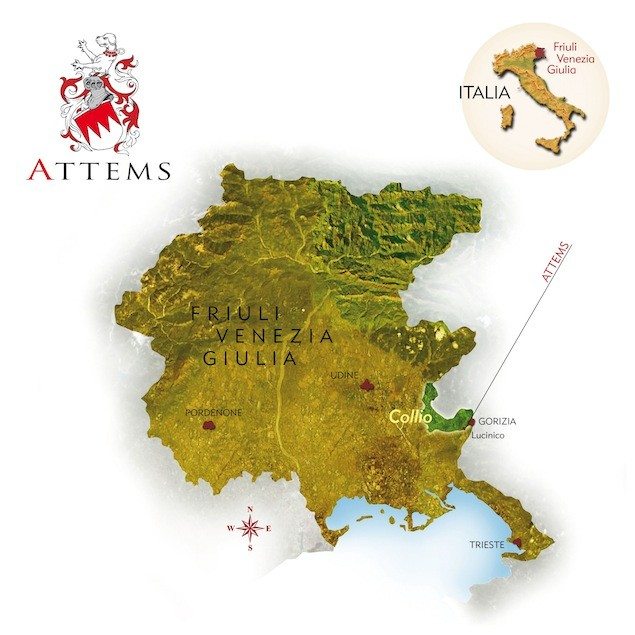 Alessandro foresees that particular political pardon going by the wayside in the future, but for a good reason. As wine buyers around the globe become more educated and interested in wine regions, producers will compensate by becoming increasingly specific and adhering to designated guidelines of that region. It is only a matter of time before there are enough buyers requesting wine from regions of Slovenia that wineries will begin to label and produce separately. As education and interest increases, new markets will bud to fill the demands.

The two Pinot Grigios I had the pleasure of tasting could not have been more different, as Pinots go. The 2013 vintage Pinot Grigio and 2013 Pinot Grigio Ramato came from the same vineyard in the same cold and dry year. Having low yields, both wines were made from grapes that had a large amount of vine and nutrients to themselves. Such quality fruit created quality wine that year for both variations.

The straw-colored, 2013 Pinot Grigio has a rich palate with notes of crisp pear, green melon, and apricots and is floral on the nose. However, the 2013 Pinot Grigio Ramato takes on the appearance of its literal translation, ‘copper’. This wine remains with the grapes’ skins for twelve hours of the fermenting process. The Ramato has more pronounced notes of red berries and a complex finish of nuts and warm spices. At Chelsea Market’s Giovanni Rana Pastificio & Cucina the wine is paired with a brightly hued beet fussilione with goat cheese, and I wouldn’t have it any other way. 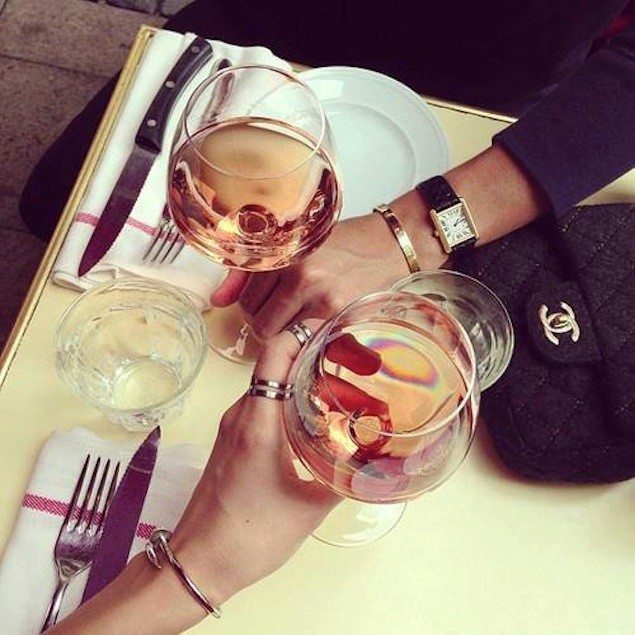 Despite being the local Friuli preference, the coppery Ramato, only produces around 1,500 cases of the wine each year, compared to the 5,000 cases of Pinto Grigio. Alessandro mentioned that the Ramato, my favorite of the two, was almost an extinct wine at one point because there was no market for it. However, the locals stuck to what they enjoyed and it is slowly becoming more prevalent in the wine market.

Mr. Lunardi explained that at $18.99 a bottle, most consumers go into a wine store either looking for a Pinto Grigio that looks like a white wine in color or one that is a deal and lower in price. Unfortunately, this has made these high-quality wines difficult to market in a traditional wine store setting. Taking a alternate route, Attems has chosen to distribute its goods primarily in restaurants in large cities across the United States. This allows the wine to be expertly paired, explained, and sold to the customer, one-on-one, by an informed individual.

Today, white wines and the grapes used to make them have become a product to be traded. Larger companies are creating an enormous amount of great wines, but are using grapes from many regions. With this approach the terrior, or taste of the land, is lost in the process. Alessandro cautions that Pinot Gris grapes are often traded like “a commodity rather than a craft”, buyers looks at the product based on the potential market value rather than its true wine-making potential. Attems Winery has decided to take the road less traveled and create a quality white wine from within their region that, in the end, is more expensive.

“It is an uphill battle to restore Pinot Grigio and Ramato to their high-merit status in the world of wine,” remarks Alessandro, but to him it is worth the struggle. “[Pinot Gris] is part of a great grape family.” And to the locals of Friuli, Pinot Grigio and family is what matters most.