Sponsored Post: #EnjoyItsFromEurope This post is brought to you by Jambon de Bayonne aka Bayonne Ham, the melt-in-your-mouth charcuterie from Europe. You’ve probably tried cured ham before, but have you had French Bayonne ham? Be sure to enter for a chance to win Bayonne ham here.
Grilled Scallops Wrapped in Bayonne Ham with Horseradish Cream is the perfect appetizer for summer! The recipe is really simple to make and only requires 5 main ingredients. 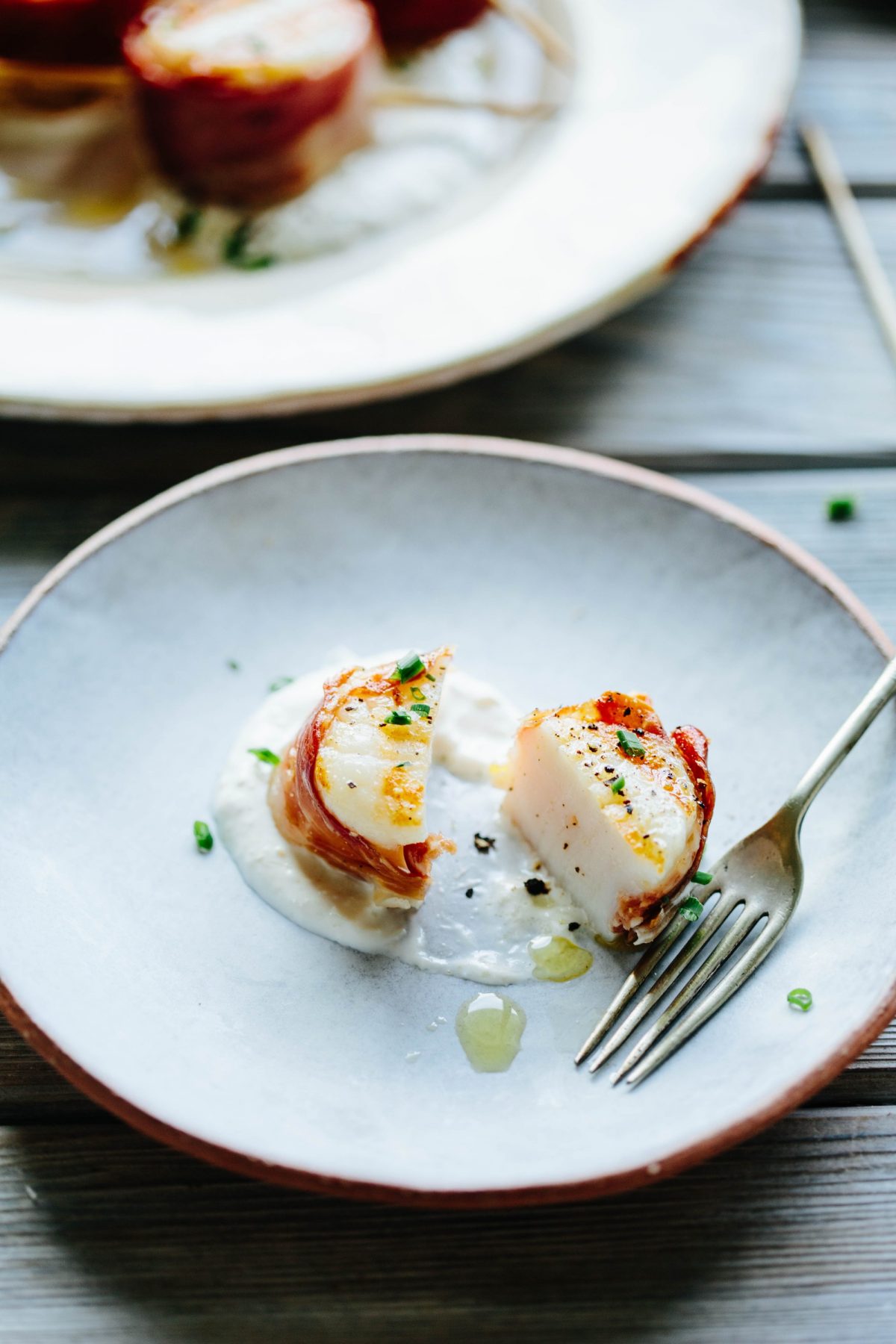 Scallops wrapped in bacon, also known as Angels on Horseback, are an American classic. When I had a catering company, they almost always found their way onto party menus because they’re always such a hit.

I’ve taken that concept and made it simpler, more summery and even more delicious with the help of Jambon de Bayonne, or Bayonne Ham. It’s a cured French ham, similar to Italian Prosciutto or Spanish Jamon, which you’ve probably had before. It’s made from top-quality, whole, fresh hams that are rubbed with a thick layer of special rock salt from the Adour river basin in France and take an average of 10-12 months to cure. It has a salty, full flavor and is perfect for stuffing into sandwiches and piling onto charcuterie boards.

Cooking scallops wrapped in bacon can be a challenge because the scallops cook very quickly, while the bacon takes much longer to become nice and crisp. I can’t tell you how many times I’ve had a bacon wrapped scallop at a party only to be disappointed by either one of two scenarios: Either the bacon is perfectly crisp, but the scallop is cooked to a rubbery death, OR the scallop is perfectly seared and succulent, but the bacon is undercooked, flaccid and fatty. I’m not sure which one is worse.

Wrapping the scallops in Bayonne Ham solves all of these problems since the ham doesn’t need to be cooked at all – it’s already cured! That way you can just flash them on the grill until the scallops are caramelized on the outside and perfectly cooked inside. The Bayonne Ham will get a bit charred and crisp on the edges, but still retain its delightfully chewy texture in the center. It is SO good. 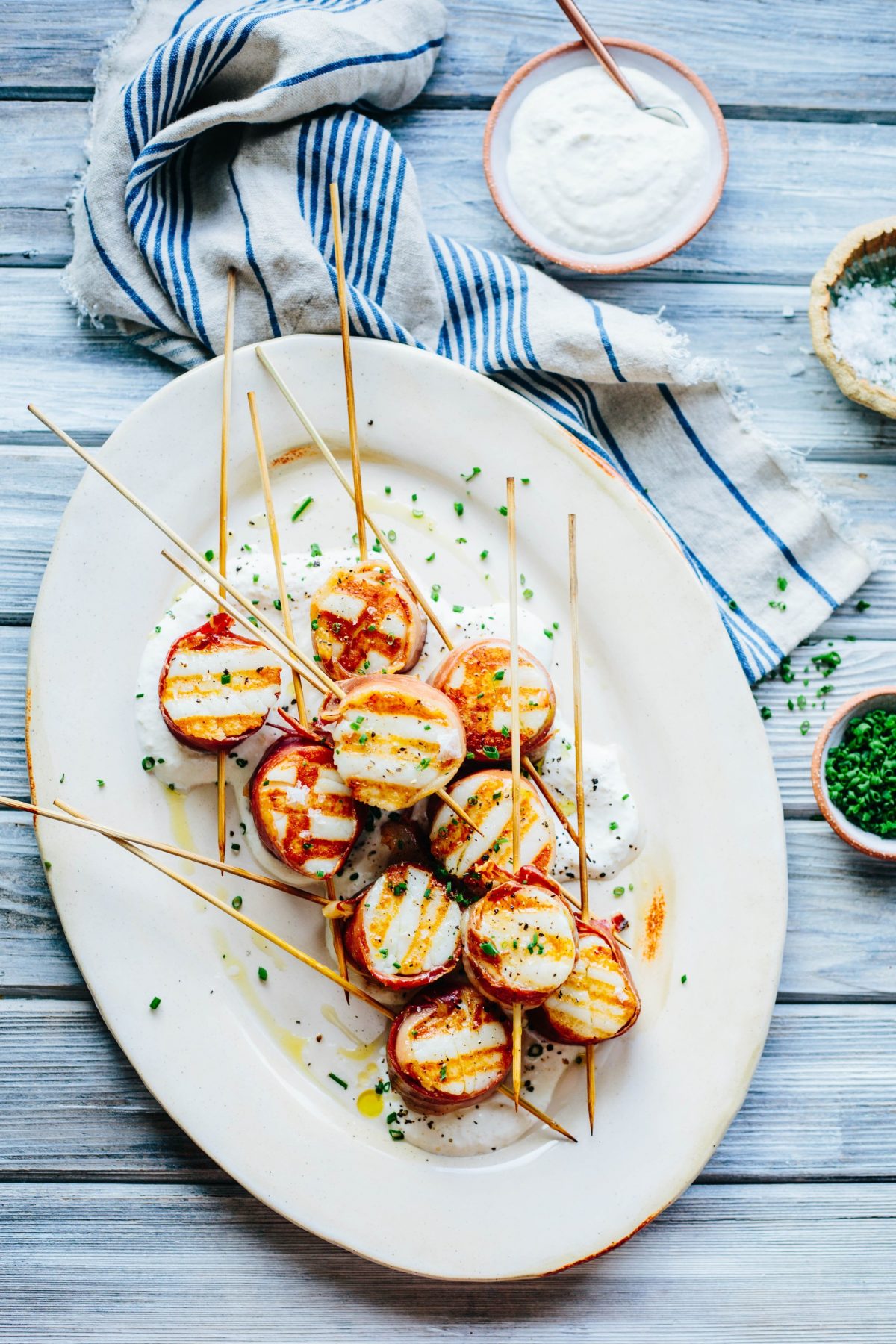 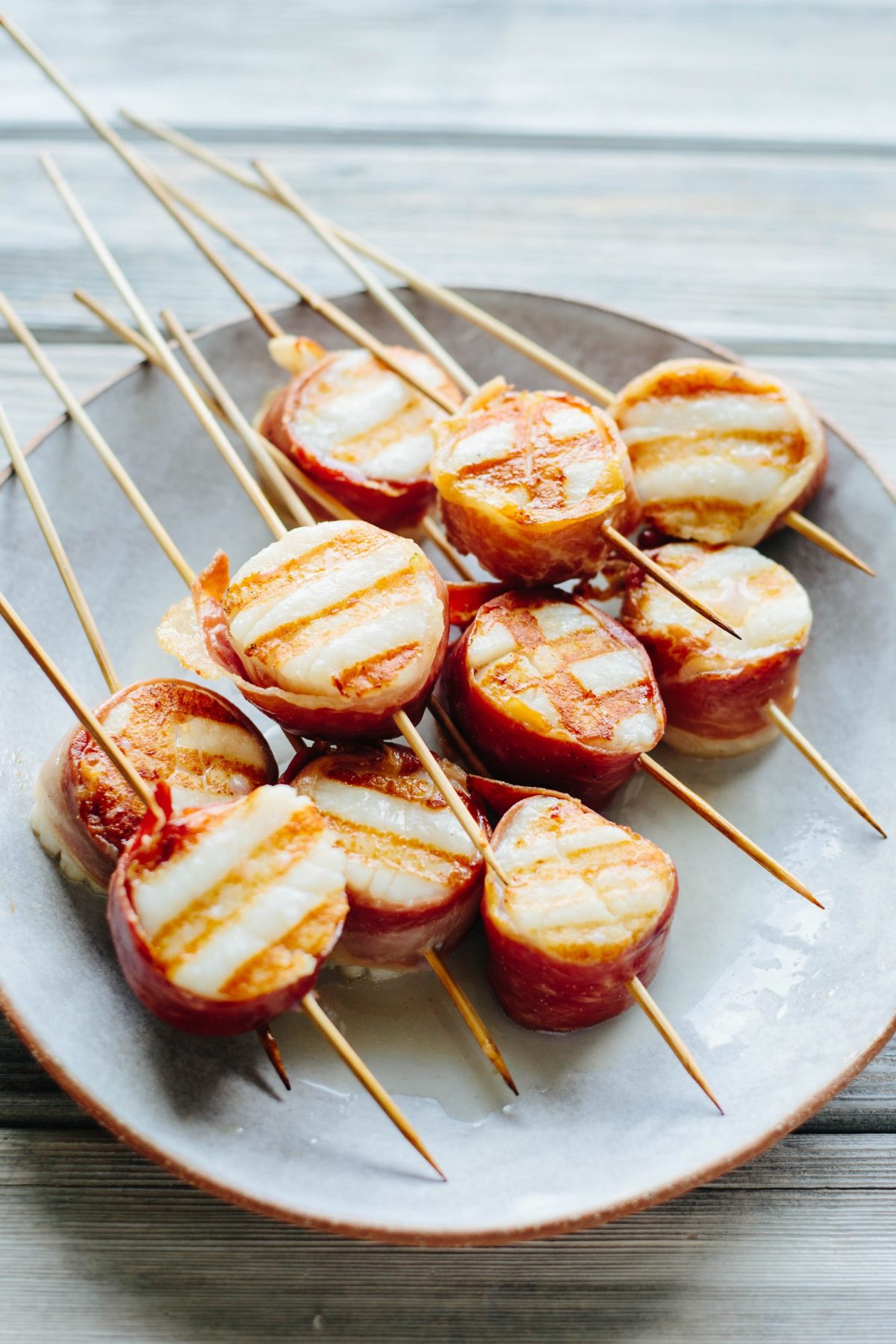 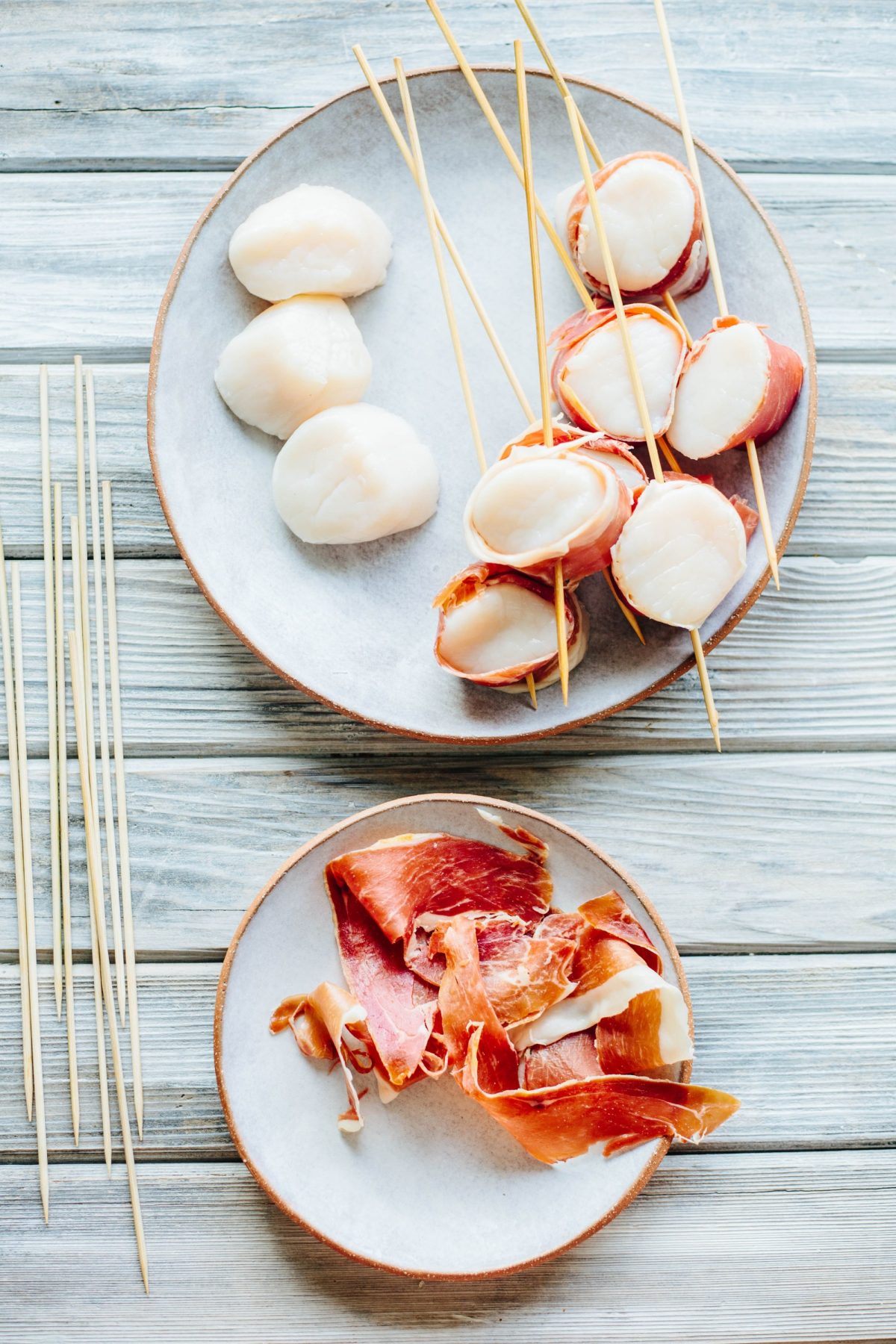 The buttery, sweet scallops paired with the salty, funky Bayonne Ham is a knock-out flavor combination that you have to try! If you’re already a fan of scallops wrapped in bacon, I’m certain you’ll like these even better. I serve them with a simple horseradish cream sauce that couldn’t be easier to make, and it takes them to a whole other level.

Serve this recipe at your next summer gathering and watch them disappear faster than you can say Jambon de Bayonne! 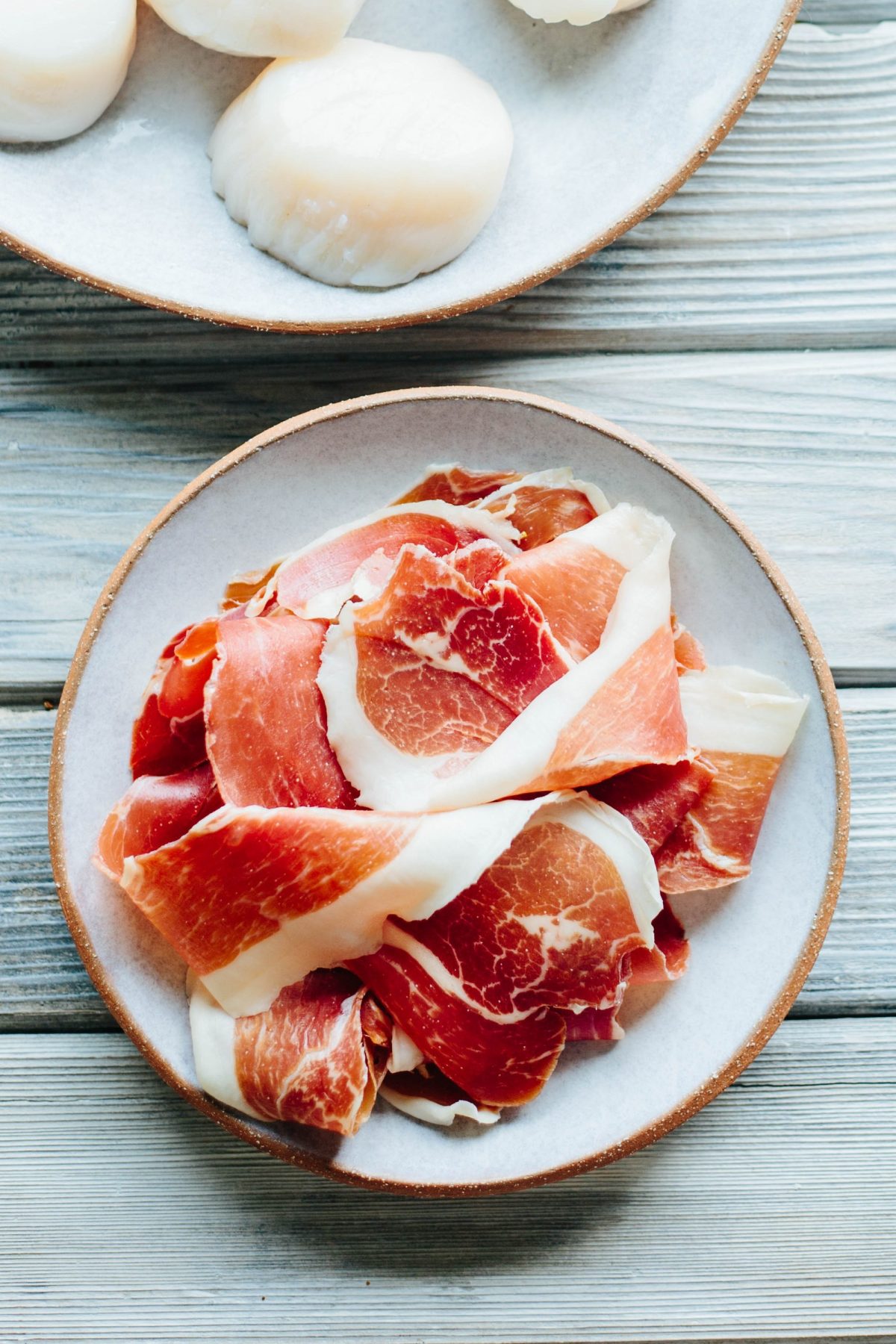 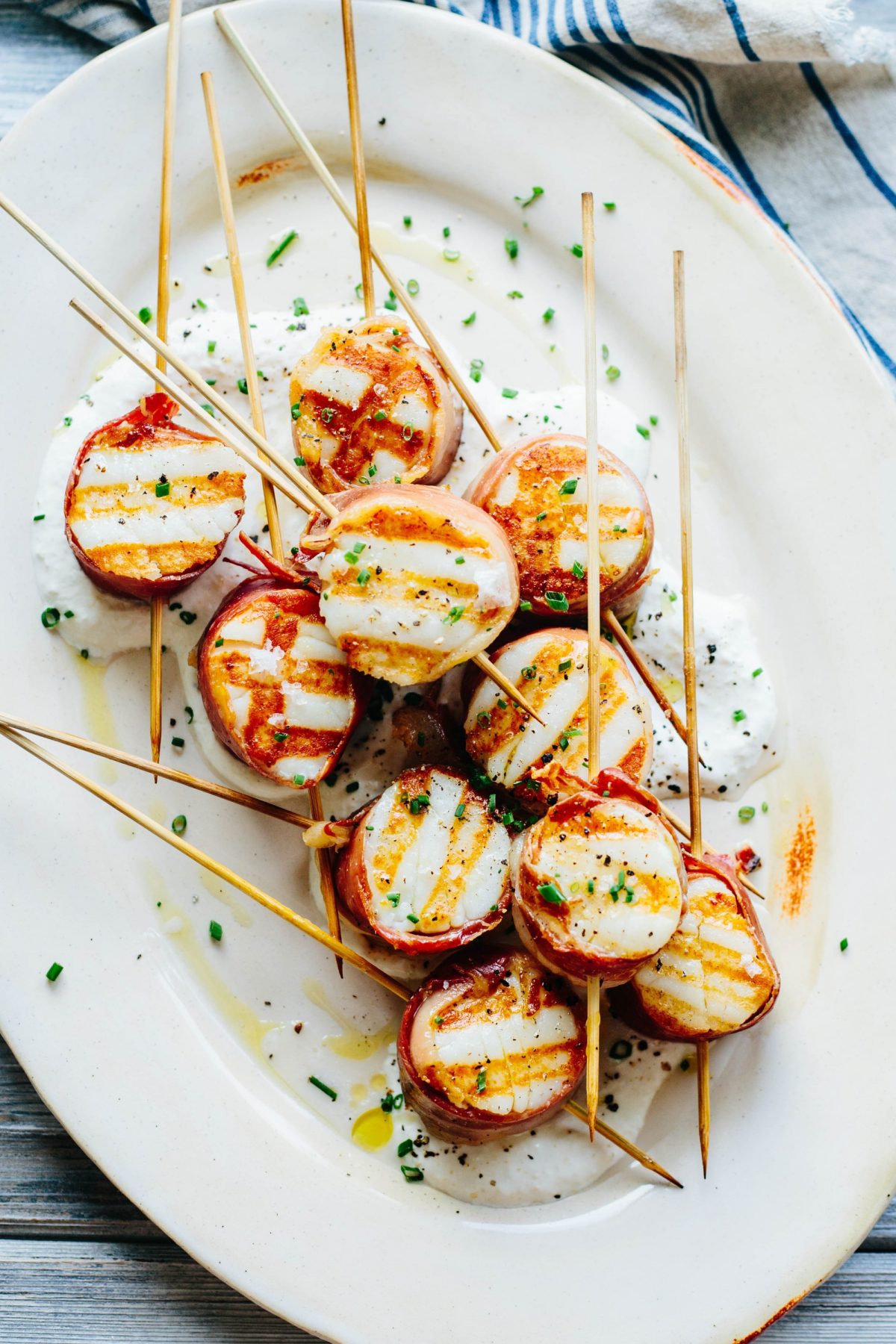 Dimora Ulmo Ristorante in Matera: Cuisine and Art in a Paleolithic Setting