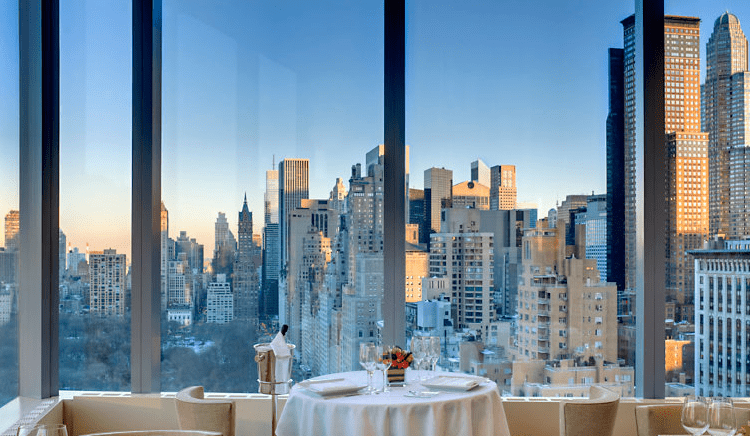 Though it boasts one of the best views in the world, Asiate is still something of a hidden gem on the New York fine dining scene.
By Kalle Bergman 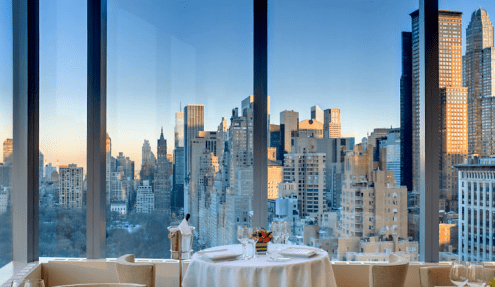 Let’s get one thing out of the way before we get to the food – the view at Asiate is not good.
It’s killer.
Jaw dropping.
Crazy.

From the 35th floor of the Mandarin Oriental hotel in New York City, you are overlooking the south western parts of central park, Columbus Circle and the billionaire apartment buildings on 5th Avenue and Central Park South. It is a stunning surrounding, and one that makes it a serious test of will power to concentrate on food and conversations instead of constantly veering from the plate and towards the window. If we had one hundred stars to give out purely based on the view, Asiate would get a hundred and one.

But a review at Honest Cooking isn’t about views. It’s about food.

Asiate has been around for a few years, but its modern Asian inspired cuisine hasn’t earned them any Michelin stars or raving New York Times reviews. So the restaurant, even with its stunning location, is still pretty much a hidden gem on New York’s fine dining scene. That’s a pity. Or perhaps lucky. Because if people knew how good the restaurant really is, getting a table with one of the best views in the world would probably be damn near impossible.

At Asiate you can choose between a 3 course menu for 95 USD, or the large Tasting Menu. The Tasting Menu, which Honest Cooking went with, costs 135 USD, with an optional wine pairing billed at 95 USD. Asiate is thereby pricing itself on the same level as some of the best restaurants in the city, which obviously takes expectations up a notch.

Luckily for Asiate, and diner’s wallets, it is well worth the money.

Where some restaurants try to force merge cuisines, the Asian-Western flavors at Asiate are nearly consistently perfectly married. None of the dishes feel constructed. From the invigorating start, the hamachi with preserved cherry blossom and white soy ponzu, all the way through the final savory dish, the wagyu beef with smoked potato puree and yuzu koshou, the creations taste like they are the most natural fusions in the world. And throughout the menu, dishes are, for lack of a better word, very fresh. The diver scallop with spiced granité and pickled green tomatillo balances the fat ocean flavors, the chilly spiciness and the acidity on a knife edge. The decadent signature soba noodles, with osetra caviar and uni cream, is creamy, but still has a vibrant freshness that keeps the dish from becoming heavy. The butter poached lobster with white polenta and kaffir lime emulsion succeeds with the same task – balancing classic French cuisine with interesting, but not overpowering Asian influences. It is a fun dinner, easy on the eyes and equally easy on the palate. The food tastes, look and feel very contemporary. And more importantly, it is good. Damn good.

The wine pairings are consistently good throughout the meal, jumping effortlessly from continent to continent, and grape to grape. Bubblies from North Coast California, Junmai Sake, ancient Italians and classic Rhônes match their respective dish well, and there’s both interesting funkiness and well known palate comforters in the selection.

All in all, Asiate is a restaurant that deserves a lot more accolades than it has gotten. There is both creativity, craftsmanship and a whole lot of knowledge about flavors there, and it is a shame that the restaurant is still relatively unknown.