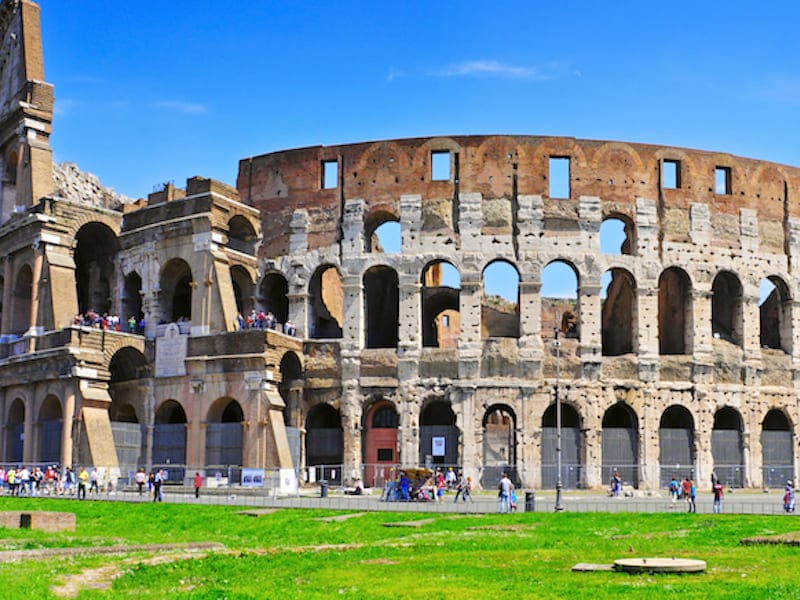 Italy is known for its many festivals and celebrations. Vacation here during any of these spring festivals and experience a different side of the country.

Italy is known for its myriad of festivals and celebrations. This is thanks in part to all of the different regions and villages in the country. No two areas in Italy share the same festival or holiday with only a couple of exceptions. Here’s a short list of 5 notable festivals that you may, or may not, have known about.

April 21st is the day Rome was founded, back in 753BC. The Founding of Rome, or Rome’s Birthday as it’s affectionately known, is celebrated each year in Italy’s capital city. Street fairs, fireworks displays and historical reenactments are all held in or near the city center. The Circus Maximus, the field that once held chariot races during the time of the Romans, is the venue for most of these reenactments and festivals. However, the largest festival and site of reenacted gladiatorial combat is the Colosseum. Here is where the celebrations hit their peak. Expect larger than normal crowds if you do visit Rome during this time.

Though a more somber celebration than most, Liberation Day is no less significant. The entire country commemorates the day they were liberated from the hands of Mussolini and the Axis Powers. They remember the sacrifice the Allies made to free the country, and more importantly, the sacrifice of the Italian Resistance. While government offices and public institutions will be closed, major historical sites and museums will remain open to the public. This is the perfect opportunity to visit such sites, especially those WWII sites in Italy, such as Monte Cassino Abbey, a site if a major battle during the war. Just be aware of larger crowds than normal.

San Biagio, St. Blaise, is the patron saint of the Avetrana region in southern Puglia. A physician in his life before he was made a saint, St. Blaise was best known for curing throat ailments of those who sought his care. Many miracles were said to have occurred in his name, which led to him being canonized. In Puglia his feast day is celebrated with a 2 day event, featuring mass and a religious procession, live bands, street fairs, and copious amounts of Panettone; the traditional Italian bread stuffed with candied fruit and made for just about every special occasion on the calendar.

Festa Della Sensa is one of, if not the largest, festival in Venice. Held on Ascension Day (40 days after Easter) Festa Della Sensa commemorates Venice’s marriage to the sea. On this day, the founding of what would become the Republic of Venice is remembered by an ancient tradition. After the Ascension Day mass, the mayor of Venice leads a procession from the church to the bay, where he tosses a golden ring into the waters below, signifying the union of Venice and the sea. What follows is a 2 day celebration filled with music, food and a large fair. The highlight of the event is the traditional Gondola Race held between teams of Gondola Drivers each year.

The Chianti Clasico region of Tuscany is home to the rich wine, of the same name, that brought the region the fame it enjoys today. Piazza Matteotti, the sight of its weekly wine tastings, plays host to the yearly wine festival. Visitors may purchase tickets to attend and sample all the delicious wine and food of the region. Be warned: The festival is so popular that they have been known to run out of wine glasses on occasion, so come prepared!